now what continuum would that be then, eh? 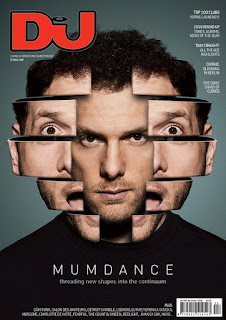 i should imagine it's for graphic reasons, not being able to get another word on the front cover, that they have left out the 'hardcore'

of course i could be completely getting the wrong end of the stick here and it's some other continuum that he's "throwing new shapes into" - or perhaps it's a reference to the scientific / philosophical concept of continua (which was unaware of, I confess, until someone started giving me stick for misusing the word, and I was like, 'I just thought it was a word that referred to something continuous!' No, but apparently there's some specific meaning it has in, I dunno, physics or geometry or something like that, that means it's highly unsuitable to use when discussing 2 Bad Mice and Dem 2!).

i have liked some of Mumdance's stuff actually

i do kinda wish he wasn't called Mumdance though

nothing against mums (love my mum) and nothing against dancing (love dancing, although it doesn't occur round these parts very often, except round the living room, when a new House seat falls to a Democrat)

but the conjunction is somehow off-putting
Posted by SIMON REYNOLDS at 9:04 AM