The writer and music historian Rob Chapman has been putting up some tasty pirate radio sets from Manchester in the early '90s. Like this one - the Revolution Crew on the station Love Energy from April 1994.

Rob is also an expert on the original pirate radio of the 1960s. Indeed he wrote a whole book on the subject, Selling the Sixties. So alongside the vintage jungalistic techno, he is also depositing some very rare slices of broadcast buccaneering from the '60s. Like all five and a half hours of John Peel's last piratical transmission, the farewell finale of his Perfumed Garden show on Radio London, August 14th 1967. 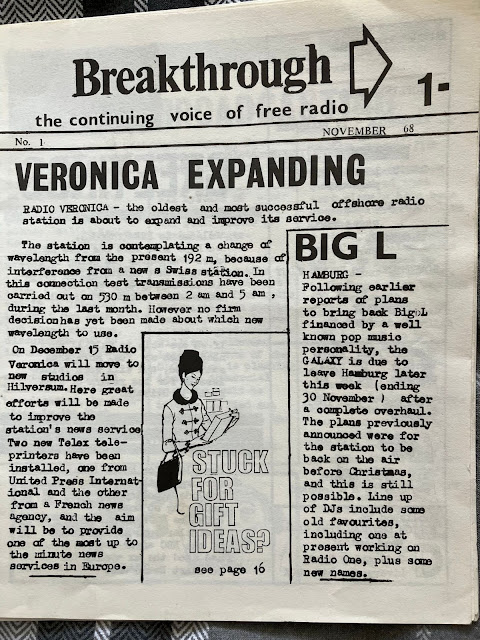 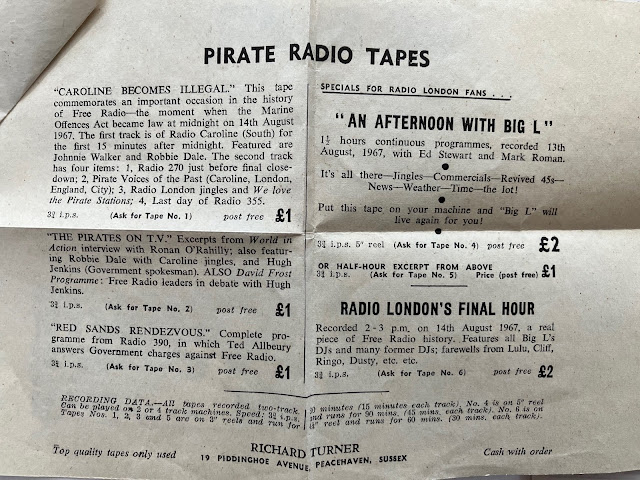 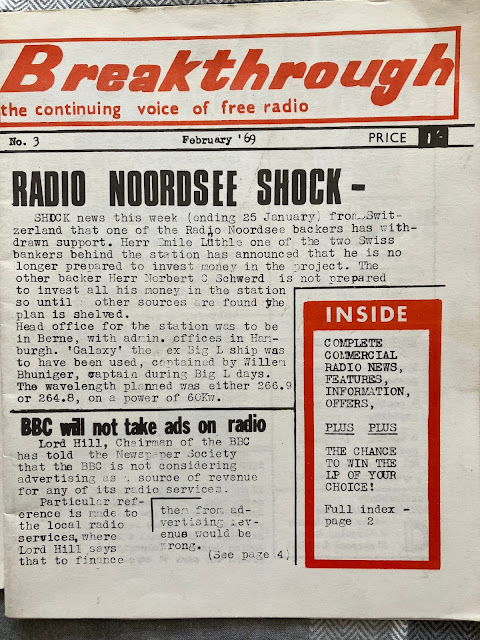 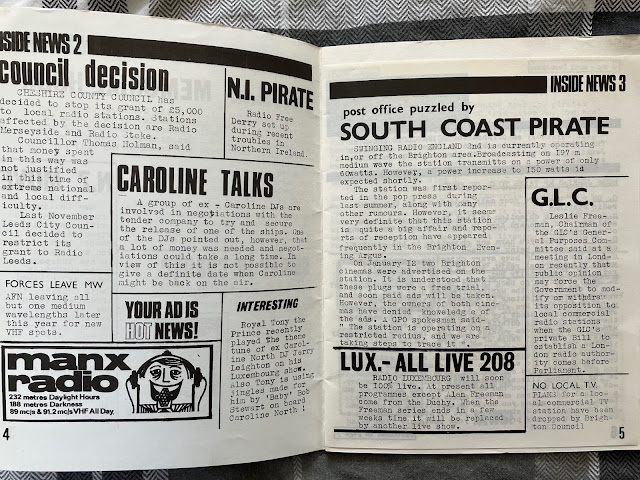 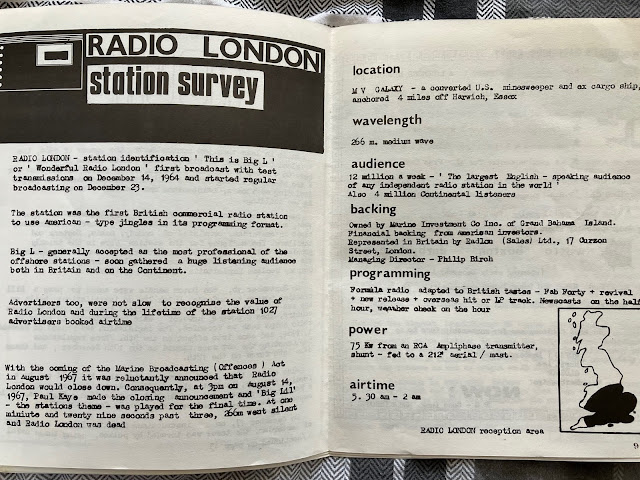 Posted by SIMON REYNOLDS at 11:48 AM No comments:

going out on a Haigh 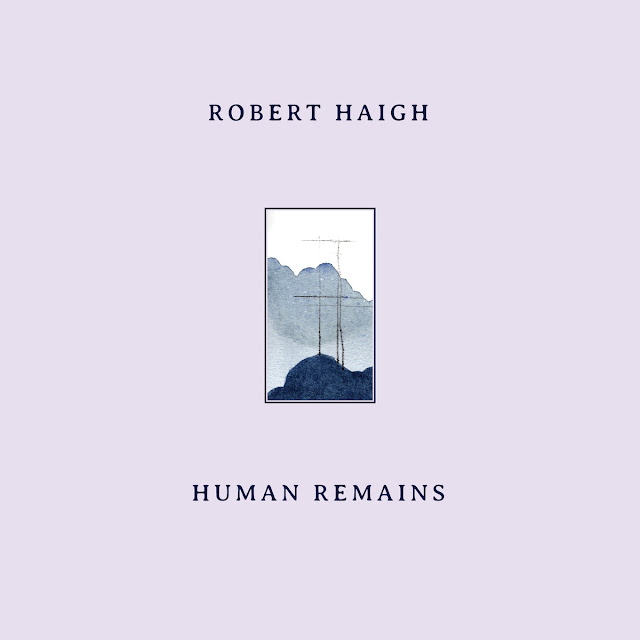 Robert Haigh has just put out a new album on Unseen Worlds - Human Remains. Apparently it's to be his last record.

And it's a beauty - one of the very best of his piano releases.

I'm hoping he'll have a change of heart at some point. But if not, he's going out on a high.

Here's my profile of Rob for The Wire from a few years ago. 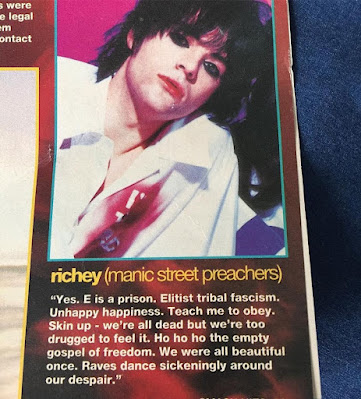 A tragically external perspective, someone too attached to his own negative affect - fatally attached

Someone pointed to this teasingly titled remix

Posted by SIMON REYNOLDS at 8:47 PM No comments:

doth take a snippet from this

didn't realise that Parallel World was part of  said diaspora though

"Tear Into It" is a tuff tune

dolphin jungle before that became a byword for boring

Posted by SIMON REYNOLDS at 3:14 PM No comments:

Rhythmatic is a unit with a lot of tunes

Like this - the Kevin Saunderson sound with monsta sublo bass added 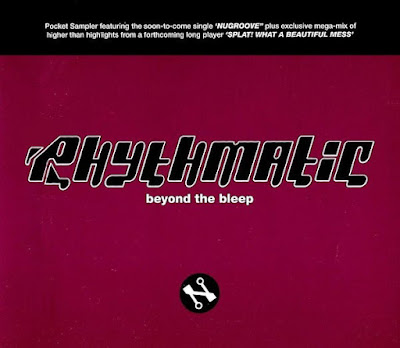 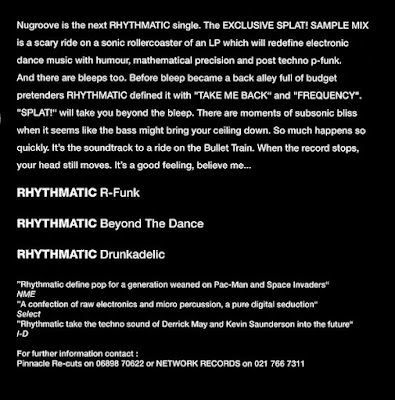 But then there's Energy on Vinyl, which is '92 and features "Nu Groove" and does almost constitute an album with its 8 tracks - a short-ish album. And there is an attempt to go "beyond the bleep" with a bit of hardcore rave vibe there.

Rhythmatic contributed to Originators project too - bleep pioneers reactivated and reunited for a record pointedly titled The Adventures of A Warped Collective. 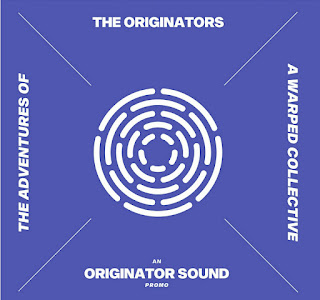 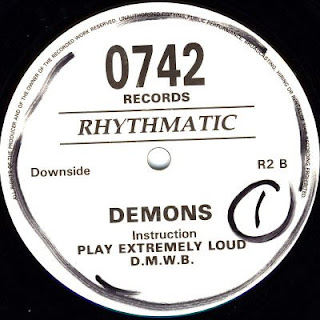 but beyond the golden-hour phase, few of them managed to carve out a new direction

RHK went IDM / ambient, more or less - as Sandoz and as himself (that said, some of the most enjoyable late-bleep or edge-of-bleep-during-bleep's-prime stuff I heard in my investigation-so-far is all the Cabaret Voltaire albums of that time, which are essentially Sweet Exorcist with a bit of Mal on vocals here and there)

Who else? Well, Rob Gordon had a few leaning-towards-propah-techno bits (I have that RG Projects comp somewhere)

LFO, of course, did Advance, which... wasn't actually much of an advance on Frequencies, and not nearly as good, but a few nice moments... then much later Sheath was a return to what they did best, and very good.

Dance music is cruel, isn't it....  it's quite rare for people to prosper beyond their allotted Moment

The jungle bods actually did better than the bleepers or the Belgians.... had a longer run of it

The not unwarranted superiority complex of the Reinforced cru! 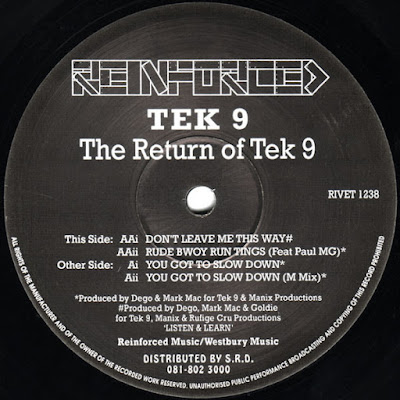 What was it Rob Playford said? That Reinforced were the scene's research lab 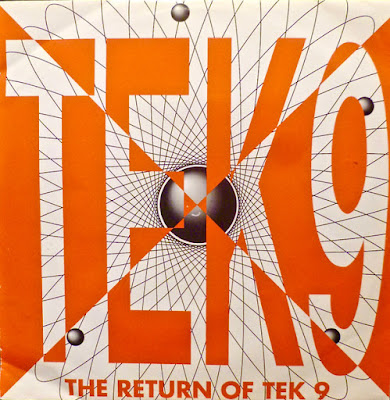 Operating just that little ahead of everybody else....

Ever so slightly forbidding and coldblooded as a result

At times, anyway - for sure they had their manic nutty moments and sent-E-mental anthems, later on  lush 'n 'sexy souljazzual

Recently been listening to this beaut a lot...

(Listening to the original Scarface version as I did for the first time recently was weird - just sounded wrong because the 4 Hero reframing is so sensitively done, it feels like he rapped over it in the studio, as opposed to having the rhythm scaffolding built around his lines - so snugly does his flow fit the groove)
Here's a different 4 Hero remix of "Seen A Man" -  starker and ruffer - not quite as wondrous as the above.

But there's also an overly mellow Talkin Loud-vibed version of the tune by 4 Hero, a warning sign - perhaps where the "LISTEN & LEARN" attitude can ultimately lead ("proper music")

[Some earlier thoughts on Reinforced's eminence]

Surely the greatest label of the first half of the Nineties.

Not just in jungle, but on all fronts.

The militant commitment to a vision-quest.... the sheer sustained strike rate combined with the relentless forward drive....

But what about Reinforced during the second half of the '90s?

I carried on loyally buying a lot of their stuff - not loyally, really, just genuinely excited by things heard in the store (by that point usually Breakbeat Science the NYC hub for the city's junglists)

However very little of it has stuck with me - in the sense that I literally can't remember it.

Part of it is that tracks by Arcon 2 or Sonar Circle or whoever, the tracks get so convoluted and dense with editing and processing, they actually defy memory.

Also they weren't things you'd hear played out, like, ever - so no memories got attached to them.

So the last thing from that camp that really stuck with me is actually not technically on Reinforced - it's the Jacob's Optical Stairway album, which came out on Crammed or something like that.

Reinforced proper, would probably be the Cold Mission stuff.


Always loved this track by Koh Tao - aka Jamie Bissmire of Bandulu, plus (if memory serves) his dad  who's rippling this gorgeous cigarette-smoke-through-a-shaft-of-light electric guitar, that wafts somewhere between Manuel Gottsching's delay-play and John Martyn jamming with his echo-plex.

Off the Infonet label's Beyond the Machines compilation - Infonet being a sub-label of Creation, run by Chris Abbot.

Pukesome name notwithstanding, did also like Bandulu quite a bit.

Last time round,  'fusion' seemed to be a good reference point for Bandulu. At its best, their debut LP 'Guidance' was jazz-trance, as if Joe Zawinul had ended up band-leader of Tangerine Dream instead of Weather Report. Tracks like "Tribal Reign" offered supple rhythms and musky, aromatic synth-swirls that opened up your senses like a night in a rainforest. This time, though, dub reggae seems to be the watchword. Thankfully, Bandulu avoid the crass, sterile replication perpetrated by most ambient dub bands, and approach a genuine dub-house merger.

On "Agent Jah", the groove-scape wavers and warps like a horizon through a heat-haze. "Shutdown" is even more minimal: it's little more than a beat in a reverb-chamber, the drums kicking up a slipstream of whispery particles and after-images. It's strangely, pleasurably reminiscent of early house classics like  Royal House's 'Party People' or Nitro Deluxe's 'This Brutal House'.

What's cool about Bandulu is that their production isn't crisp and dry, like most techno, but the aural equivalent of vaseline-on-the-lens. In "High Rise Heaven", a synth-figure billows, buckles and bulges; it's as woozy and unfocussed as My Bloody Valentine's "All I Need". "Phase In Remix" is even more Op Arty, making you squint your ears and hallucinate patterns where none exist. Devoid of a beat, the track atomises melody and rhythm into a myriad motes of sound, a sussurrating and scintillating spangle-scape. It's like being swathed and swaddled in the Milky Way.

"Antimatters" has its fair share of non-events, like the train-kept-a'rollin' trance of 'Presence'. The best of the rest are those tracks which verge closest on outright dub. "Original Scientist" has echoey piano-chords, squelchifarious water-pumping percussion and a rootical synth-figure, but tempo-wise is still house music. "Run Run", though, could almost be a time capsule from the mid-Seventies--sonically, it has the slow'n'low sway and mirage-like, gilded glory-haze of  King Tubby or Joe Gibbs, while the sampled chorus warns that Babylon's days are numbered, 'cos "revolution will come". Evidently the Bandulu boys feel that being  dedicated herbalists makes them honorary Ras Tafari.

Like "Guidance", "Antimatters" is intermittently brilliant. As a CD, it's just begging to be re-programmed into a sublime six track sequence of edited highlights.

I didn't know either of them well, but came away with a lasting warm impression of Chantal after interviewing her and the rest of the Telepathic Fish crew in the early '90s for a piece on ambient and the chill out scene.  Several years ago, I spent a good bit of time hanging out enjoyably with Jeck and his friend Janek Schaefer in Barcelona (we'd all been invited to participate in a hauntology-themed event series).

Here's a piece by Philip Sherburne on the essential works of Jeck.  And here's a piece by K-punk from back in the hauntological day that includes Jeck's work (Mark goes into more depth in Ghosts of My Life - as does David Stubbs in his book Mars by 1980). And here finally is a clip of a Jeck incursion into late-nights BBC arts teeveee circa 1992.

Here is a tribute to Mira Calix as person and musician from Jude Rogers, with a lot of interesting stuff about Chantal's forays into sound art / mixed media / installations.  And here is a personal reminiscence from DJ Food -  aka Kevin Foakes, also of the Telepathic Fish crew - from which I have borrowed the painfully adorable photograph below. 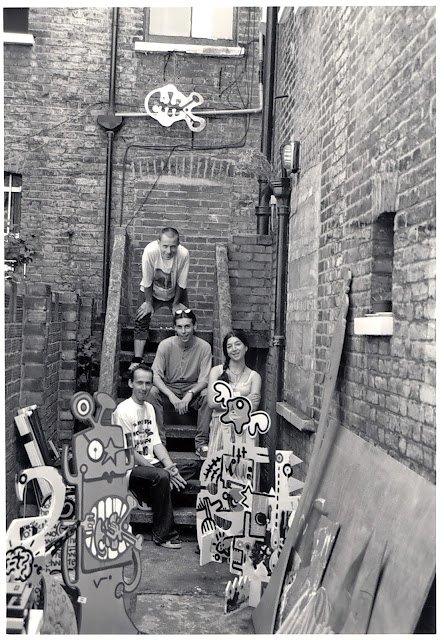 Oh and look here -  a flyer for a Telepathic Fish ambient tea party, which I've kept all these long years. 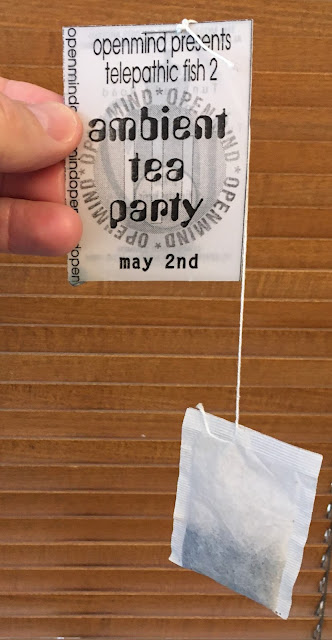 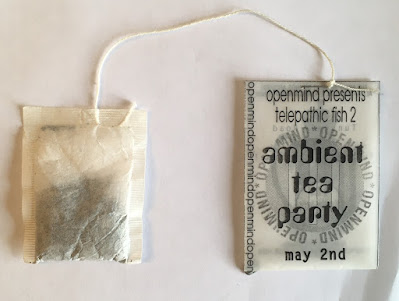 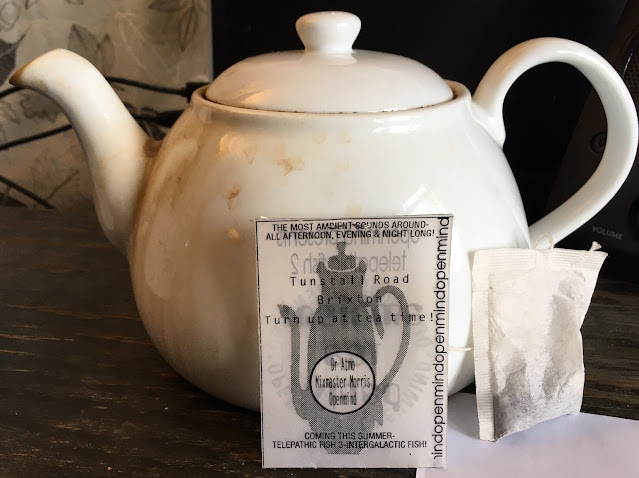 Ghosts of our lives...

Posted by SIMON REYNOLDS at 4:56 PM No comments: