(via Benny B at Dissensus)

Posted by SIMON REYNOLDS at 10:13 AM No comments:

Now am I hallucinating or is Actress here sampling a certain iconic hardcore track?

Buried in the beat-murk, a deadly deep sub(liminal) - the just discernible phrase "just 4 U" ?


Seem to remember reading that Ghettoville is inspired by South London Boroughs life in the second decade of the 21st Century.... or that the music is nonexplicitly informed by it,  suffused in it (this gleaned I'm pretty sure from Derek Walmsley's ace Actress cover story in the Wire)

Any road(s) - I'll always grab an excuse to post a slew of London-dedicated tracks...

Posted by SIMON REYNOLDS at 8:30 AM No comments:

Very interesting long essay by Laurent Fintoni on the Rewind Continuum - reggae>>>jungle>>>UKgarage>>>2step>>>grime>>>dubstep>>>> - the Jamaica-nisation of British underground dance culture   - titled "Wheel It Up: History of the Rewind"

lots of great little info nuggets like the origins of  much-sampled things like "Lick wood means rewind, a gunshot means forward, you request it so we rewind"

Posted by SIMON REYNOLDS at 10:58 AM No comments:

"centred around London and it's musical culture including, important and righteous documents concerning the birth of a distinctive UK MC culture with its roots in soundsystems like Saxon, Unity and Sir Coxsone and flowering throughout the 90s and 00s with London heros, warriors, poets and saints such as Ragga Twins, Navigator, Det, 5-0, Remadee, Stevie Hyper D, Shabba D, Skibadee, Rodney P, Creed, PSG, Tek, Preshus, Mighty Moe, Bushkin, So Solid Crew, Pay As You Go Kartel, Roll Deep, More Fire Crew, Nasty Crew and many many more"

looks fantastic, although who does he think has 66 hours (rough estimate) to spare to listen to the whole thing?!


(as flagged up by Woebot on Dissensus)


Posted by SIMON REYNOLDS at 5:35 PM No comments:

Which is the killer cut on Karlton Philips Is It EP.

Which is the debut release for the label House Not House.

Which is a project launched by Dominic Morris (aka Datwun) in collaboration with one Frankly Sick Waring.

Which is "dedicated to pushing house music with edge, strange house, dark house, house with fuck off basslines, spaceship noises and sexy grooves for the shuffling massive"

Posted by SIMON REYNOLDS at 9:01 AM No comments: 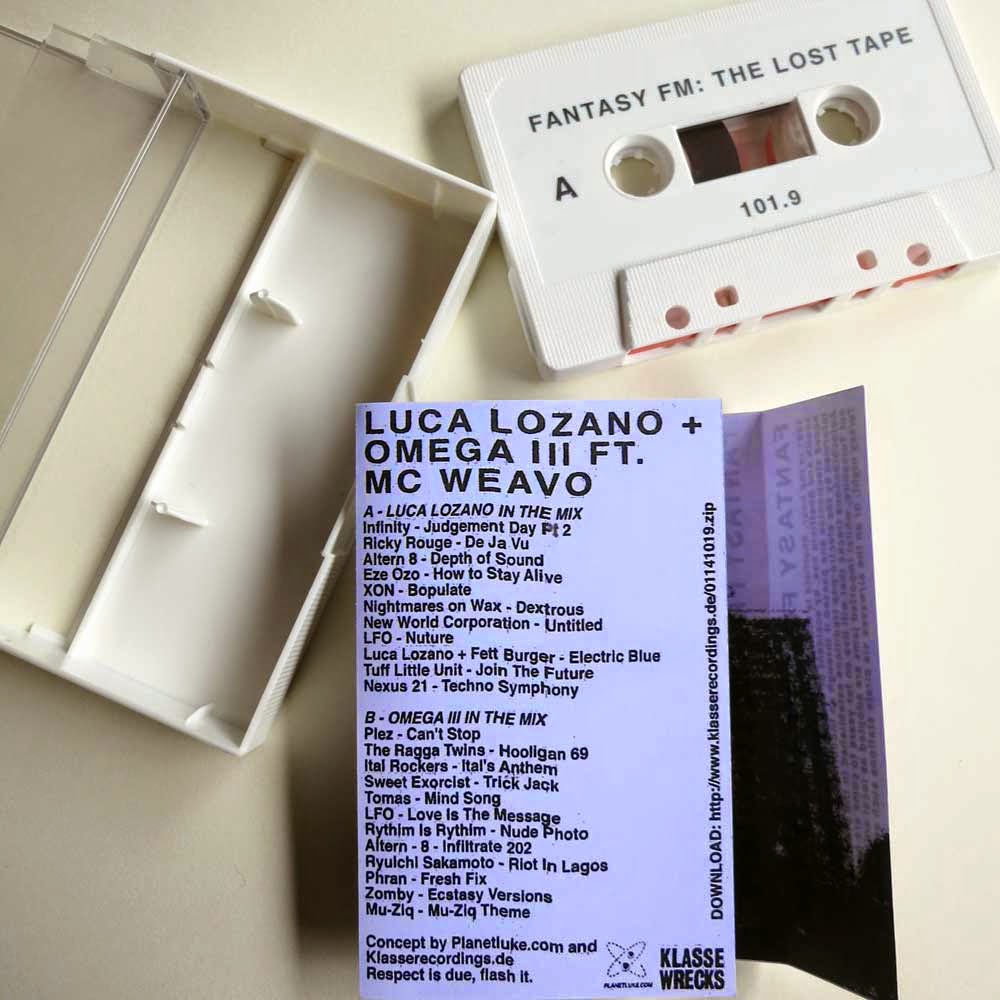 Actually, it's a painstaking simulacrum of back-in-the-day real-deal.  A homage.

That first advert certainly feels authentic, suggesting it's either spliced from an old pirate tape or artfully recreated. In the early Nineties, the bigger rave promoters tended to use for incongruous-in-context voices in their ads - enthused well-spoken middle class chap, husky but discernibly posh  women.   But one of the word-choices in the sales pitch rings out as anachronistic...


"1991 is the hour, Sheffield is the space. Rave and acid house culture is at its zenith and Sheffield has, by accident or design, absorbed its exciting breaks-based electronics and passed it through an industrially minimal filter process, informed by the electro-pop traditions established in the previous decade. Autochthonous tracks that will live on for years to come are produced throughout Yorkshire, whilst imported jams are adopted as local anthems at the Jive Turkey night, or on the airwaves via pirate stations such as Fantasy FM."
Luca Lozano and Omega III started DJing together in this famous city, and after having travelled and around many cities and styles, return to their roots with this dedication to the embryonic days of bass and bleep.
The Lost Tape is limited to 100 copies only and is equip with MC chat, authentic advertising and a digital download."

(via Gloria Gloucestershire)
Posted by SIMON REYNOLDS at 8:10 PM 1 comment:


(via Dominic Morris aka Datwun)

Cool, although in some ways I'd prefer just to hear the Hugo Massien back-track on its own....

The More Fire Crew-like jabber makes for a rather congested and tangled up sound-space, interferes with the stark sensual minimalism of the grid-groove...

Posted by SIMON REYNOLDS at 8:22 AM No comments:

The first minute or two of this - the reverbed glow-bass pulse, those 3-dimensional hats and rat-tat-tats, all that glistening space - is sublime. I always crank the volume way up in the car. But the track doesn't quite deliver, feels like it could and should go somewhere else. File under 'almost classic'.
Posted by SIMON REYNOLDS at 8:19 AM No comments:

Used to be obsessed with this song, that sound - that lolloping bassline.  Boogiefunk sublime!

Which I think was the template for this majestic work.

Actually owned a couple of SOS Band albums but never heard this at the time, somehow.

Although actually have deeper heart-embedded memories of this, the near-instrumental version


Seem to remember the Foul Play boys telling me this was all the work of Steve Gurley.
Posted by SIMON REYNOLDS at 1:17 PM No comments:

this one goes right to the roots of the roots, though - not just Nightmares on Wax's "Aftermath" but the original sample-source (giveaway: the title line, "but there's nothing to fear" is not used in "Aftermath")


also a bit of "Tainted Love" in "Nothing To Fear"

Posted by SIMON REYNOLDS at 4:49 PM No comments:

Posted by SIMON REYNOLDS at 5:44 PM No comments:

some thoughtful comments in the comment section to Dom's deeptech piece, in amidst usual and expected chaff on the lines of "it's just house music innit", "this kind of subgenre nitpicking is wot turned me off dance big time", "this is nothing new", "the dancing's nothing new either" etc etc

one particular exchange worth pulling out, a naysayer who at least puts the effort in to do a humorous spoof frame for the naysaying, and then a nice rejoinder:

Whisky101:
OK class...quiet please..
I SAID QUIEETT...JONES take your finger out and face the front.
Right open your text books on page 37..and we'll begin with classifications of contemporary dance music using the Synth scale on page 22..
Now then can anyone tell me the classification for the TR-808.....anyone..
Good answer Taylor...could be 80's SLOWSOUL or late 80's HOUSEMUSIC....any names..
Bradley...any names.....good effort there Bradley..Loose Ends and ...and...and...anyone....Steve Hurley...good effort...
Now individual instrumentation ...let's jump forward a decade and BENSON...yes you sir....
...don't know sir....no surprises there then.....Kennerton..any offers....
Good effort young man....but no....that was a 909 and we'll come back to that next week...Hendley..what..speak up...no that was much earlier Marvin Gaye's Sexual Healing but a ...HEY STOP GIGGLING AT THE BACK...YOU SOUND LIKE A 303 WITH THE BATTERIES DYING........
This is why I totally and utterly refuse to get drawn into conversations about style and genre's.
Dance music has always been driven by the available technology and because of the fact that now the technology is more readily available is also means that there is a lot more shit out there and the quality of the DJ's out there has dropped dramatically.
Where are the ground-breakers and pioneers...the Brandon Blocks, the Sasha's , the Levan's and the Hardy's.
With the technology at their disposal you'd think they'd be attempting to stand out from the crowd not limit themselves with labels like "Dub-Tech" or whatever the hell is the latest software is allowing them to produce.

Think that's rather a good point about how the tech state-of-art is only one determinative element in the make-up of a sound  -- there is also social energy and elective tribalism - and drugs, and .... a bunch of other factors.
Posted by SIMON REYNOLDS at 5:42 PM No comments: