HARDCORE CONTINUUM SEMINAR AT THE UNIVERSITY OF EAST LONDON, THIS WEDNESDAY!

I can't attend but I can be there in spirit with the following handy check list of misconceptions about the nuum to be printed out as a card and consulted whenever you feel like you might be in danger of hearing, or emitting, a fallacy.

fallacy #1: the nuum is a theory
It's something you can theorize about, certainly, but fundamentally it's an actually existing, empirically verifiable (and abundantly verified) thing-in-the-world, like jazz or reggae or folk or metal. "Continuum" is another way of saying tradition, which I prefer because "tradition" has that folksy/rootsy whiff about it and suggests an orientation towards conserving/preserving. "Continuum", more neutral in aura, suits a music culture that's temporally a two-way street, always simultaneously harking forward and vibrantly haunted by its past.

fallacy #2: the nuum is prescriptive
The misconception here is a mental image of a bouncer standing in front of a door barring admittance. How it actually works: new sounds emerge from the area of sound/culture/demographic under consideration, they have links to what came before, and what's interesting is to work out how strong the continuity is and what are the significant differences. Sometimes the links start to seem tenuous to the point where it feels like the music has branched off in another direction, perhaps ultimately to merge with other traditions/continuums. But this is descriptive as opposed to prescriptive.

fallacy #3: the nuum is parochial
Even quite sharp people have been heard to complain that the nuum concept doesn't "take into account" sound X from America, sound Y from Europe… But no one would say of an ethnomusicological study of cajun music that it was parochial for focusing primarily on Louisiana; no one would insist "hey, you should really factor in salsa to your analysis". The nuum is by definition UK-centric. To those who feel "left out," all I can say is: attend to your own continuums!

fallacy #4: the nuum = nineties
Grime and dubstep are indisputably extensions of UK garage, itself an extension of the nuum, its "Part 2". Grime and dubstep are undoubtedly phenomena of this decade (as are those other UKG offshoots bassline and funky). Yet strangely some of the same people who insist on grime and dubstep's continued vitality also like to maintain that the Nuum is a Nineties phenomenon. You can't have it both ways! Sure, the conditions within which music is made, distributed, discovered, consumed, etc, have changed a fair bit since 1992. But that makes the self-consistency of this strand of sound/subculture, its ability to change while remaining the same, all the more remarkable and intriguing.

There are other fallacies but this is enough to be going on with. One final observation: on Wednesday the phrase "UK bass music" will crop up quite frequently I expect. Bear in mind that "UK bass music" is just a colourless and contentless synonym for "hardcore continuum." 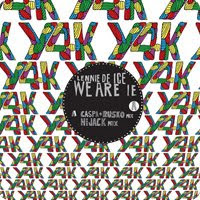