"One of the things that has delighted me in recent years has been the amazing revival of jungle music from producers new and old; along with this explosion of fresh jungle there has also been a very exciting trend towards ancient dubplates from the golden era finally getting proper releases. So for this, the ninth edition of my Get It series of mixes of recent(ish) vinyl releases, I am very excited to pull together 15 tracks that were until recently only on dubplate or on extremely limited and rare pressings. This mix covers everything from mellow rollers to aquatic tearouts LTJ Bukem-style to full-fledged ragga mayhem and dark steppers. Enjoy!

Check out the other Get It mixes: soundcloud.com/sonicrampage/sets/get-it-15-track-all-vinyl

"Sometimes dubplates functioned as a means for producers to road test new productions – getting a trusted dj like Grooverider or Randall to play it out and report back on the crowd’s reaction. At other times dubplates were unique versions of tracks that were literally created as secret weapons for big name dj’s, for example a special remix that only that one dj might have.

Hard as it is to imagine today, back in the 90’s there was so much mystery around this music – you would go to a rave or a club night and hear track after track after track that were simply not available to buy, and might not be available for months or even years. In this situation, if you heard something that blew your mind and wanted to hear it again, often your only option was to go see that dj again and hope they played it, or buy the tape pack from the event.

Dubplate culture was one of the key elements behind the incredible speed at which rave music evolved from through the 1990’s...  The dj’s and producers were constantly trying to upstage each other, and dubplates allowed new music to be played to ravers within days or even hours of being finished – no need to wait for labels or pressing plants or distributors or shops. Finish the track, get the DAT to a dj, they take it to Music House and have it cut, and it can go on the decks at a gig that night.

One of the side effects of this dubplate culture was, however, the fact that a lot of amazing tunes simply never came out. They were stuck on dubplate for many reasons – couldn’t fit into release schedules, artists and labels couldn’t reach a financial agreement, or the label owner(s) decided that the sound had simply moved on. Sometimes it was as simple as the original DAT being lost and no copies existing!

So for jungle fanatics, the years since 94/95 have been marked by the knowledge that there was a huge secondary catalogue of music that was only available to the public via low-quality recordings from raves and pirate radio...."


Posted by SIMON REYNOLDS at 9:56 AM No comments:

the beauty of Beverley


Six things I have in common with Beverley Craven

2/ A connection with Ceylon / Sri Lanka
(Her dad worked there and it's where she was born; my dad spent his childhood there, I grew up hearing many tales about Kandy and Colombo, still have quite a few Sinhalese relatives scattered around the globe)

3/ We both grew up in Berkhamsted and went to school there
(I was at the local boys-only public school; she would have been 2 years above my younger brother Tim at Ashlyns, the state school; before that she went to Bridgewater middle school, just up the road from our house, at 113 Bridgewater Rd, so I have almost certainly walked past her, or seen her walking past.. ) (She also once worked at luxury health resort Champneys,  right next to door where my friend Dudlyke lived) (She still lives in that Hertfordshire / Buckinghamshire border zone).

4/ Both have a connection with the Yorkshire Dales

6/ Finally  (and this is why this post is on EnergyFlashblog) we both intersect with rave culture.

In Beverley's case, the connection is not of her choosing - indeed it's possible, if unlikely, that she's unaware of it.

"Promise Me", her big hit -  No. 3 in May 1990 - is a pretty-enough, rather old-fashioned ballad.  The sampling wizards of Orca skip the sappy chorus and home in on a pearly wisp of melody and sunburst singing in the verse  (heard first at 1.01 in "4 AM")


"It's four o' clock in the morning and it's starting to get light" - absolutely top detournement of a love ballad lyric to describe a rhapsodic rave moment, there.

As is another line that Orca (forgive me) reporpoise: "you look like you're in another world"

In "Promise Me", the "look like you're in another world" is about the male lover - who's distracted, distant, emotionally unavailable to the yearning girl singing the song

In "4 AM", "in another world" is the sea of shining eyes and the dancefloor dreamspace, from which we are to be too-soon expelled, into the gray light of the morning... back to  ordinary life and the inevitable comedown...

(For a while, I thought the the artist was called Pure White. Seems that was name of a Lucky Spin sub-label).

This one is ruff and junglistic, but I still prefer the original

Nothing else I've heard by Orca comes close to "4 AM", despite promising titles e.g. the two Dances with Dolphins EPs...  "Pure Bliss" ,"Underwater Science", "Sky Hook". It's good, solid stuff, in that happy-dark zone, getting ruffer, then getting wafty (titles like "Intalect", ooer), then getting technical

However one of Orca - Darren Beale - had various other aliases (Koda... also Psykus, with his Orca-mate Kristian Towsend... quite a few others). One of these aliases was Acro, as in the great "Superpod" which continues the cetacean obsession with its name (pod being a tribe of dolphins) and use of dolphin sounds.

Fab rmx, getting well tech-itchy in a Photekky way but not losing the bliss

i shall have to do a proper trawl through the whole alias-cluster uuuurv at some point.

Craven cites among her influences Kate Bush and Judie Tzuke, but I don't hear much Bush, apart from the piano, whereas I do hear a lot of Tzuke - especially "Promise Me", which has a similar scenario and yearny, needy, feminine-fluttery quality to Tzuke's one hit "Stay With Me Til Dawn"

Look at this period-piece promo, which (possibly an artifact of the lighting and/or the aging of the video format) makes her look like a painting that come to life.

"Stay With Me Till Dawn" got repurposed itself, at the dawn of the Nineties, by Ultramarine, on the gorgeous "Honey", which turns around the "need you tonight" bit of the pre-chorus

Well what do you know, from just last year, Beverlee and Judee (and Julee) team up for a single

also a joint performance of "Promise Me" on the telly

Another Bev chartsong, albeit only just barely a hit really


There are other AOR lady / Brit female singer-songwriters who have been rave-ransacked of course, notably the lovely "Sleeping Satellite" by Tasmin Archer.


I guess that style of AOR is an alternative source for yearning, soaring vocals, from the more usual soul / R&B/ house diva stockpile.

Pointed out by anonymous commenter, another dance treatment of the "it's four o'clock in the morning and it's starting to get light" Bev-sample - rather nice too


Meant to say also that in my mind I always bracket Orca's "4 AM" alongside this wonderful tune "Blow Out Pt II" aka "You've Had It, You've Had It All, Boy"

Must "do" Bass Selective properly one of these days...

And also alongside this tune by DJ Massive

"4AM", "Blow Out Pt. 11", "Ruff in the Comfort Zone"  - a little cluster of  junglistic but luvdup  diva bliss anthems that walk that underground / pop line and stick together in my memory

Ian S in Comments points out that Bay B Kane sampled Ms Tzuke also  - from "Ladies Night", off the same album as "Stay With Me Till Dawn"

I've said before, a bunch of times, that "Cockney Translation" - Smiley Culture's 1984 debut single - is an important moment in the prehistory of the nuum. Not musically, but because its comparison of black and white slanguage, seems to herald an emerging hybrid youth identity that would blossom in the Nineties with jungle and UKG  -  complete with its own black-white accent where you can't tell the race of the speaker by the sound alone (if you happened to be sitting a few rows ahead of them in the bus, say).

I've said it frequently enough, that it's actually referenced in the Wikipedia entry on Smiley Culture

Well, here's a nice little confirmation of the thesis -  "Marked Up" a jungle track by Psycho & Mr Man (alter-ego of the mighty S.M.F. - Jason Verrall and Peter Hudson) that pinpoints and pivots around a crucial juxtaposition in Smiley's lyric: "Old Bill / Dutty Babylon".

Black and white unite, against a common enemy.

In this song, Smiley's fame allows him to bypass systemic oppressions (a sweet fable that has a sad sour aftertang now given his demise).


Flipside of "Marked Up" also cool.

One day I will have to do the S.M.F. urrrv properly

For now, a tune by them that blew my mind when I heard it on the pirates in early 93

one of those can't believe people make sounds like these" moments

especially when the mad "Strong Island"-like noise comes in about 2.30

even more so when the insane stab riff slash smear shred noise comes in at  3.42 -  "vhs tape all wound up and tangled. a flailing laviathon made out of dial up sound"(Sadmanbarty). 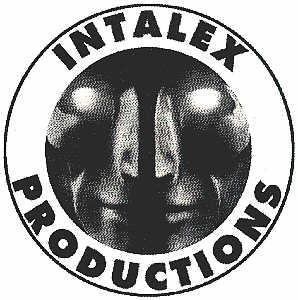 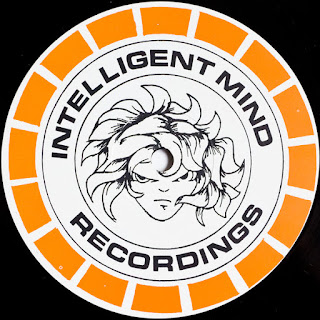 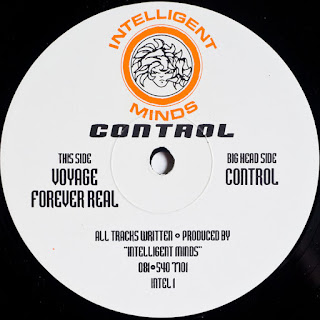 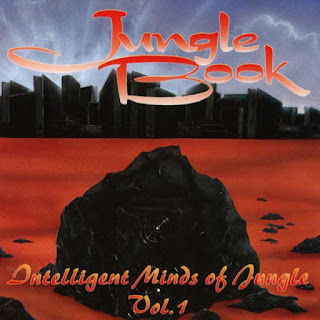 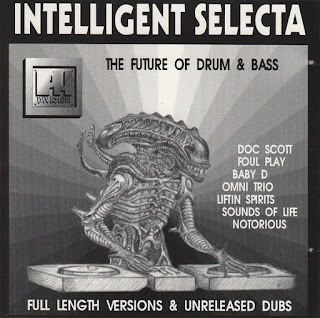 Posted by SIMON REYNOLDS at 1:13 PM No comments: