raving down the years (plus ça change innit)

Via Peter Stanfield's blog, news of a book  by Andrew Humphries titled Raving-on-Thames - it's about Richmond - on the outer edge of West London - and its blues club scene at the very start of the 1960s.

There's a chunk of a letter from a 16-year-old American to her friend about her visits to Eel Pie Island:

"Wednesdays are good days. I go to my Island....  You cross a steep bridge over the river and pay a toll of 4d to an old lady called Rose. Then walk along a winding road with bungalows on either side. There’s lots of trees and its dark and mysterious. You turn a bend and see a large decrepit hotel and a crumbling façade. You hear loud blues music. Walk through the gates and you are in another world. All material cares disappear and we are the only people who exist.

"There’s a large converted barn, you go down some steps after conning your way in with 6d – it’s usually 3/6d – your wrist is stamped and you go down. It’s very dark with just red and green lights. Long John Baldry is singing with his band at one end of the hall. The walls are white flaking and full of cobwebs, with cartoons, murals and names printed over them. People dance there crazily. Next door is the pub, where we and the musicians all congregate, we con drinks and play the jukebox and talk to everyone. I often go there on my own but always end up meeting someone I know to dance with.

"Outside there is a long strip of grass down to the river with large stone nuts and bolts lying around and convenient bushes where couples make love and smoke hash. It’s the coolest place in England, there’s nowhere else like it."

"Con" here being used to mean something like "blag" I guess

Instead of writing in 1960, the girl could be writing in 1990 or 1992 about Labrynth, or Konspiracy / The Kitchen, or dozens of other rave dens and warrens -  all you'd have to do is to change a few details  (sonic updates, drug differences, admission prices) 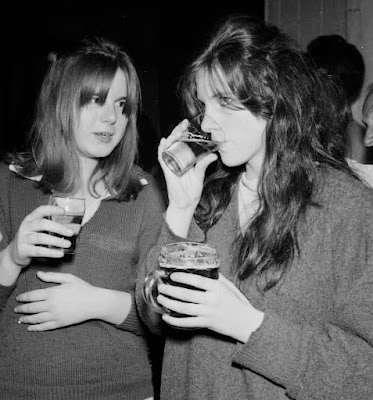 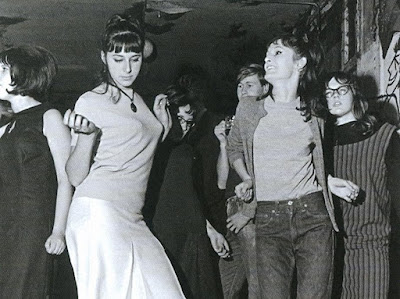 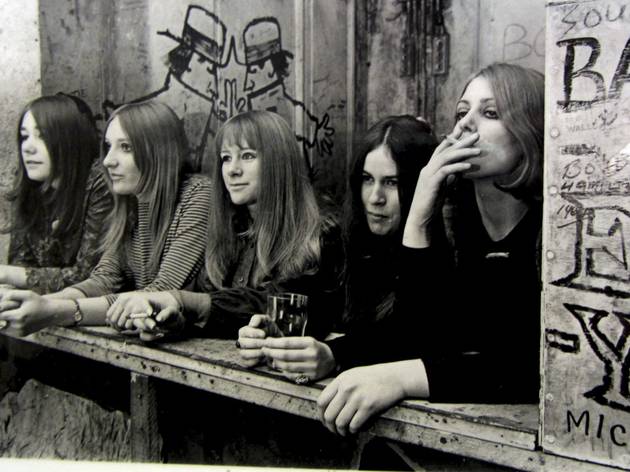 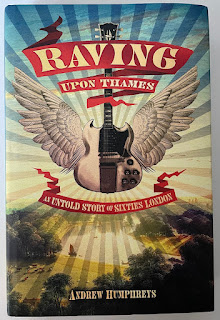 An old History Is Made At Night blogpost about Eel Pie Island, which links to another blogpost (sadly disappeared)

Posted by SIMON REYNOLDS at 1:50 PM No comments:

Posted by SIMON REYNOLDS at 9:59 AM No comments:

Here's an odd record whose existence I forgot about (or did I ever really know it - hearing it felt faintly oh so faintly familiar), a Simon Price reminder, and this was a big hit in the UK, almost Top Ten, but '87 was a year when I was out a lot, going to gigs, not watching TOTP very often so probably I missed its chart run altogether.

I'm not sure I would pick that as their finest hour or representative track
What would be though?
Well, nearly everything on Warm Leatherette and Nightclubbing, but especially
and also

and this
and this

but now I'm thinking about it - and for sure, foundational role / iconic status of S&R fully granted - but for some reason that '80s funki-reggae / reggaematic funk / Taxi sound doesn't do that much for me

it's sort of neither one thing nor the other

yeah prefer them earlier on the whole

and this mighty one, suggestion of Jim in the comments
that's in Steve McQueen's Lovers Rock isn't it?