Early next month Totally Wired: Postpunk Interviews and Overviews is published in the USA by Soft Skull. It's the first of three books by me that Soft Skull are putting out over the course of the next year: the others are Bring the Noise and... Energy Flash.

Energy Flash strictly speaking never came out in the US: Generation Ecstasy was the abridged version, so this is the first-time-in-America appearance of the unexpurgated, non-streamlined original. Plus it also contains the 40 thousand extra words of the updated/expanded 10th anniversary edition of Energy Flash that Picador released in the UK in 2008.

There will be a Totally Wired event in Los Angeles on at Book Soup (8818 Sunset Boulevard, West Hollywood) on September 16th at 7PM - more details of that to come. 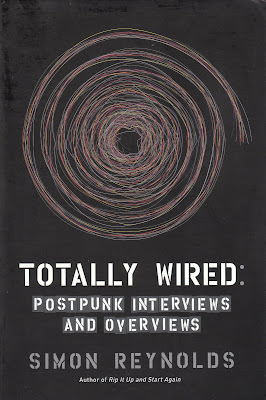 Posted by SIMON REYNOLDS at 10:27 PM No comments:

and also this from five years later

which Taninian is wrong about (that's an Uber-Riff that is, or an Infra-Riff maybe, but it lodges in the brain, is hardly "pure sound")

caution: you are now entering a theory zone

or you will be if you click on this link to "The History of Our World", an essay I wrote for issue #2 of scholarly e-music journal Dancecult, addressing the hardcore continuum debate of last year. 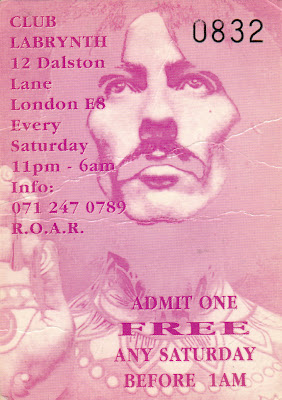 Posted by SIMON REYNOLDS at 9:54 PM No comments: