i'm not sure what the logic was exactly but as tie-in to my book on glam rock, iD asked me last year to list my seven favorite / life-changing clubs / nights-out-dancing. No i don't quite understand either but a fun and easy exercise so why not? i included raves as essentially very large, roof-less clubs. oh and there is a gig in there as well. so clubs, very loosely understood. in chronological sequence rather than ranked according to life-changingness.

1. Progeny, Brixton Academy, London, October 1991
"Orbital entrance with their live techno performance (then a rare thing) and the immortal tingle-riffs of Chime. But at this irregular rave organised by The Shamen, it's the born-again rapture of the audience - blissed out girls blindly carving shapes in the air, shirts-off and shadow-boxing boys lustrous with sweat - that really turns me into a rave convert."

2. Castlemorton Common, Malvern Hills, Worcestershire, May 1992
"Anarchy in the UK, for real. Hordes of urban ravers join forces with cavalcades of hippie travellers in their caravans and trucks, and the result is an instant city - estimated population 40,000 - springing into existence in a remote rural part of the West Country. Causing consternation across the nation and ultimately leading to the Criminal Justice Act, the free party - instigated by soundsystems like Spiral Tribe and Circus Warp - rages for eight days. I'll never forget the ashen light of dawn rising after the first night - and the hairy drive back to London, with my friend Samantha nearly falling asleep at the wheel several times..."


3. Labrynth, Dalston, East London, 1992-93
"A catacomb of garishly painted caverns and corridors, with a deceptively halcyon outdoor garden, and a murky and jostling main floor, the Labrynth was my favourite club ever. It's where I witnessed hardcore rave turn to the dark side: hands-in the-air choruses and happy pianos gradually, insidiously eclipsed by scuttling 'n' seething breakbeats, foreboding bass-tremors, macabrely witty horror-movie samples, and shudders 'n' shivers of clammy synth-slime. What I remember most about Labrynth is that you never once saw the DJs - they were tucked away in the corner somewhere out of sight. Instead, the stage was occupied by the ravers themselves: a crammed, teetering front row of kids facing the crowd from out of which they'd climbed. The crowd literally became the star of the show."


4. Even Furthur, Wisconsin, USA, May 1996
"Anarchy in the USA, for real. Hordes of candy-ravers and gabba warriors - most from the nearest cities, Milwaukee and Chicago, but others who'd flown or driven from every corner of the nation - descend on a scouting camp in a remote rural part of Middle America. The chaos was partly chemical and partly weather induced. Sporadic rain turned the dancefloors into swamps full of puddles. Along with the mud and the screams of acid freak-outs that intermittently pierced through the trees, what I remember most vividly is Scott Hardkiss dropping his skin-tingling, never-to-be released remix of Elton John's Rocket Man. And the debut US performance of Daft Punk, then barely-known but already a fully-formed juggernaut of joy."


5. Club Voodoo, Bayside, Queens, April 1998
"NY's compact but fanatical hardcore scene congregated for the birthday bash of Brooklyn techno warlord Lenny Dee - and for the US debut of The Mover, just one of the aliases used by the German producer Marc Acardipane (whose 1991 track We Have Arrived pretty much invented gabba). He played a searing, stampeding set that drew on an arsenal of tunes by himself and allies like Renegade Legion and Miro, all released via the Frankfurt label cluster PCP / Cold Rush / Dance Ecstasy 2001. The strobing riffs of Apocalypse Never and Torsion seem to swarm through the ravefloor like a cloud of poison gas. Then the fire marshals arrived to shut down the party for being dangerously overcrowded."


6. Drive By, New York, 2000-2001
"I went to a bunch of UK garage clubs in London but I never had as good a time as I did at Drive By, the hub of NYC's intimate 2step scene. The parties took place at various locations, but my favourite was the Frying Pan, a boat - moored off the Hudson River at the Pier 63 quayside - whose interior was fantastically corroded (it had been sunk for several years, then refloated and repaired). Unlike the UKG vibe of snooty exclusivity, Drive By's atmosphere was friendly and fervent, with a striking dearth of designer labels and not a drop of ostentatiously swilled champagne; the dancing too was more fluidly nubile and expressive. The mismatch that had always pained me during my UK excursions - the gap between 2step's frisky euphoria and its audience's screwface cool - was gone. For once, instead of being a pale copy of the UK original, the US transplant was like a corrected and perfected version."


7. Hard Summer, Los Angeles, August, 2012
"EDM is rising to a peak, its take-over of the USA seems certain. I visit LA's premier EDM festival - two successive weekend nights, drawing fifty thousand - more as an anthropologist than a participant. (I also have my 17-year-old niece, a bit of a handful, in tow, which means I have to be the responsible, surrogate-parent). Despite these constraints, the two nights are both big fun and a revelation, reminding me that the music is always changing, that it will always have a surprise or two up its sleeve. Such as the retina-blitzing bombast of Skrillex and his headlining concert, which shows the extent to which electronic dance music has become a fully integrated audio-visual spectacle. While also showing that this doesn't always have to be a degrading (d)evolution, a travesty of the original spirit. For sure, things have come a long way from the darkness, the tucked-out-of-sight DJs of early rave clubs like Labrynth. But the music is still all about the rush, it's a celebration of noise and sensation and excitement for its own sake. And when Skrillex flips the cameras onto the fans and then projects that teeming throng of faces and hands, that glittering constellation of held-aloft phones, onto his towering video-screens.... well, once again, the audience is the star."

Posted by SIMON REYNOLDS at 8:17 AM 2 comments:

"The future of 2017: a cheaper, smaller, unified version of yesterday. The D-50 was awesome and still is, but if re-releasing a D-50 and adding a generic step sequencer represents the vision of contemporary electronic music creation, something very essential got lost on the way. Once electronic instruments suggested an exciting, uncharted future. Now they represent a longing for a nostalgic past that did never exist" - Robert Henke, recently

paging people who working with electronic music-making hardware / software - is this remark, made by one who seems like he ought to know what he's talking about,  true in your experience?
Posted by SIMON REYNOLDS at 8:03 AM 2 comments:

"we did it with sound"

A friend of mine, Sean Nye, was recently at a Goldie gig, where the G-Man mentioned how he'd been asked by Skepta if he would  produce a track for him ("I said 'yeah - I'll produce the shit out of it'").

Then Goldie said this:

"You've probably noticed, grime is having a lot of impact at the moment. That's because it's telling the truth about what's going on in our cities. We were doing the same thing twenty years ago - but we did it with sound."

(Or words to that effect)

I thought that was a good point, and well put. True - and a bit Nuum-y too.

Actually it's pretty likely I've made a similar point myself, at one point or other in the fifteen years since grime's emergence:  grime verbalises what jungle was "saying" through rhythm / texture / mood. But probably in a less to the point, more verbose way than the Man Like G.


Posted by SIMON REYNOLDS at 8:04 AM No comments:

a companion mix to the album, made by man-behind-it Oliver Ho

i wonder if our lost dear boy would have liked it? (although he wasn't a Sebald fan as I recall)

Posted by SIMON REYNOLDS at 6:33 PM No comments:

the enshitenment threshold (says someone on this Dissensus techstep / neurofunk thread) was:

YouTuber says "the album that changed d&B" - too right, and too bad.


This was the last truly great tune for the ages I think - but it didn't feel like the End (even though it sounds like Apocalypse Pending), it felt like a new frontier opening up - like there was so much more still to come.

Wrong! or so it turned out.

flailing gorgeous death throes of a genre going down in flames!


this tune  - which i don't recall at all from the time - is like a neurofunk photocopy of "Shadowboxing", everything glowering and malevolently potent about it is now suppressed and infolded


my own attempt to see the writing on the wall - and to hasten its death with a horrible coinage!

no really that's what i wanted to do with the N-word - i was actually hoping someone would do a compilation titled Neurofunk, like they did with Artcore

amazingly people are still using the N-word, debating the term, i think there is even a message board for fans of neurofunk

it's almost as successful as post-rock
Posted by SIMON REYNOLDS at 9:36 AM No comments:

so what happens now

so so sure was i that that was gonna sample this

Posted by SIMON REYNOLDS at 9:24 AM No comments:

Posted by SIMON REYNOLDS at 9:24 AM No comments: 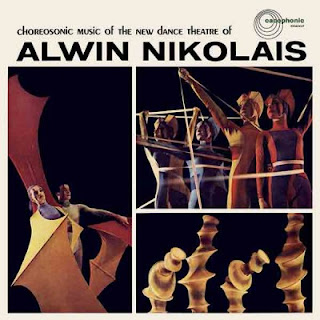 
dude made the music as well as the choreography

Posted by SIMON REYNOLDS at 10:51 AM No comments:

here's an interview  I did with Sam Backer of Afropop about the British dance experience, late Eighties to late 2000s, bleep to wobble.


Posted by SIMON REYNOLDS at 3:04 PM No comments: