slice of much older "new old"


immaculate replica-tion, i'm sure you'll agree....  keeping the faith with a future-then that still feels quite phuture-y even now

Check out also the triffic "Pure Thought" on the new Offmenut All Stars Vol 2 compilation going for name-your-price as a MP3 or FLAC download
Posted by SIMON REYNOLDS at 2:48 PM No comments:

(via Zone of the Free)

Saw Mutoid Waste play live, with World Domination Enterprises, but never actually went to one of their pre-acieeed warehouse parties.

Actually wrote a whole thinkpiece on skip culture, with Chris Scott, for MM, but it was "suppressed"... perhaps for the best
Posted by SIMON REYNOLDS at 2:31 PM No comments:

In conjunction with the E-Vapor-8 exhibition at the Site Gallery in Sheffield I posted about recently, there is a Rave Day seminar this coming Sunday:

Join us for a Sunday afternoon exploring the legacy of 90s rave culture and its influence on artists today. The event will be led by E-Vapor-8 curator, Francesca Gavin, and you’ll hear from five artists in the exhibition along with guest speakers including a DJ, music critic and researcher of underground rave communities. We’ll also be screening their selection of music videos and playing vinyl records from the time.
The event is open to everyone and will be particularly interesting for artists, art and music lovers, researchers, former-ravers as well as bloggers and journalists.

Who is involved?
Francesca Gavin, exhibition Curator and Chair of the event. will give insight into how she curated the exhibition and discovered a fascination with rave culture and happy hardcore young British and American artists.
E-Vapor-8 artists, Jeremy Deller, Adham Faramawy, Harry Burden, Lucy Stokton and Rhys Coren. Whether they actively participated or were indirectly influenced by rave, these artists explore ideas such as technology, collectivity, rebellion and psychedelia in their work.
Guest speakers include:
Winston Hazel, DJ and producer. As a true originator, Winston Hazel helped gift house music to the city of Sheffield in the mid-80s, organising parties combining new American dance sounds with funk, jazz and soul. Sharing some records and speaking from his individual perspective on the rave and dance scene, he will explore ideas of experimentation, shared positive mindset and rhythms which transformed peoples lives.
Alice O’Grady, Professor in Applied Performance at University of Leeds. Alice will talk about her
own experience of rave, that began in the early 90s and included warehouses, beaches, festivals and more. She will examine the impacts that rave and DIY culture had on public policy and how it inspired other social movements.
When: Sunday 3 August, 2pm – 6pm, followed by drinks at Site Gallery
Where: Showroom Cinema, 15 Paternoster Row, Sheffield S1 2BX
Tickets: £5.00 / £4.00 concessions
Booking highly recommended
Posted by SIMON REYNOLDS at 9:27 AM No comments:

cooked food, love it to the bone 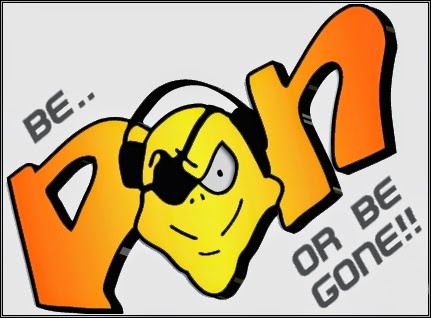 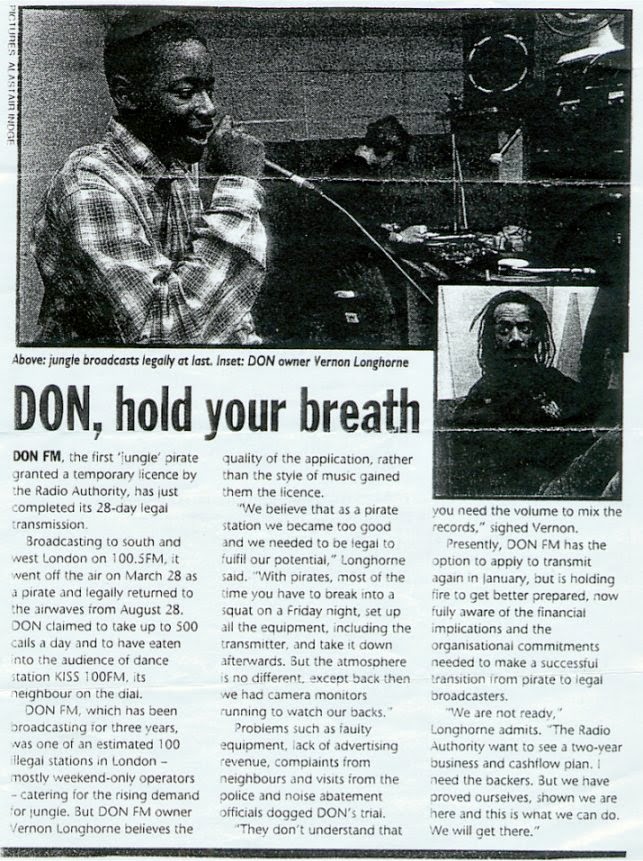 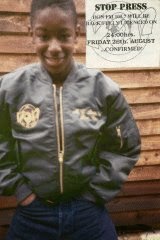 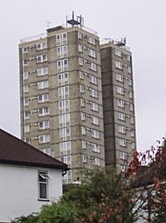 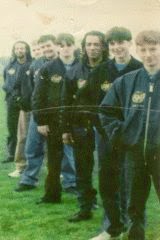 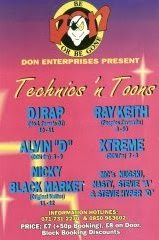 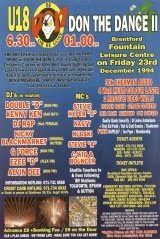 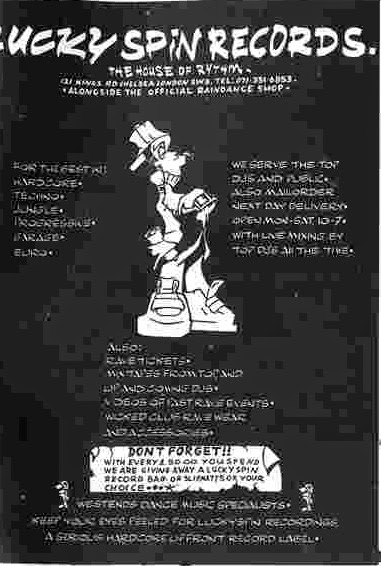 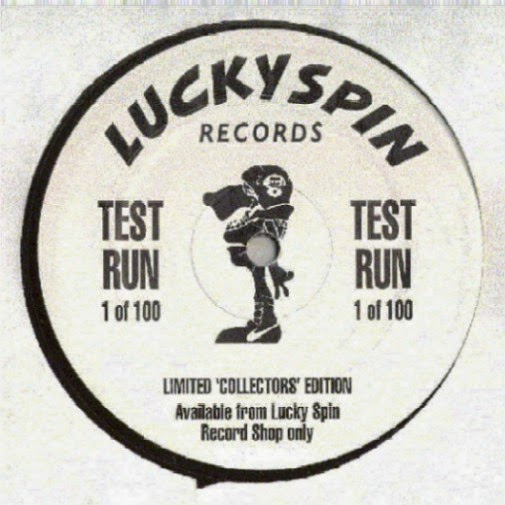 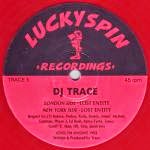 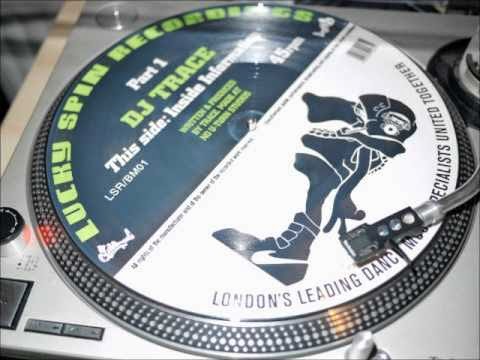 Nathan Jones writes about the rave-inspired-art exhibition E-Vapor-8, showing at the Site Gallery in Sheffield until August 17th.


From the exhibition blurb:

"E-Vapor-8 is a group exhibition, curated by writer, editor and curator Francesca Gavin, looking at the influence and relationship between contemporary art and rave music from the early 1990s. It traces a fascination with rave culture and happy hardcore by young British and American artists, many of whom are absorbing and re-appropriating a cultural moment they were too young to participate in. The exhibition, named after a 1992 single by the band Altern 8, touches on how the hedonism and cultural upheaval of rave has passed. Ideas around intellectual and physical freedom, rebellion and myth-making are all at play.

Jones picks up on the "passed" theme:

"It features a series of haunted works opening onto the “death of rave” -- and what that death means, when it happened, and if it is still happening, are the most interesting questions provoked by a visit.

"The notion of cultural 'Afterlife' enters the fray as surely and convincingly as a sweaty-metallic-render 3D blade drifting though green wireframe. Afterlife is a zeitgeist topic – Transmediale’s Afterglow theme explored an afterward of an already exploded digital scene; Mark Fisher’s term ‘Hauntology’ connected Derridian theory to underground music/artists like Al Qadiri and Maria Minerva; and the recent New Death exhibition at FACT featured works such as Jon Rafman’s installation, depicting an indecent internet-accelerated-libido as a kind of end-of-the-world-is-now scenario....

"Gavin's insistance that the exhibition ‘examines the utopian ideas surrounding rave before its failure’, seems to ignore what the artists in the show might consider the actual moment of rave's failure....   it would be nice to have a chance to review the impact of a novel like Irvine Welsh's Maribou Stalk Nightmares on this generation, or reflect on how current novelists such as Tao Lin use prose style to echo the afterlife of re-illusioned rave and drug culture.

"The best works in E-Vapour-8 exist as echoes a UK club culture with more ambiguous relations to capitalism and politics than the radical and resistant Acid House rave. The void left by the hedonistic lifestyle is a simulacrum in a work like Faramawy's, for the void left in our lives by the death of the hope of capitalism, and our continued afterlife within it - like a club we're forced to keep revisiting even though it's too expensive the DJs are shit and people keep getting shot."

On the subject of dating the "moment of rave's failure" -  well, in late 1994 I wrote an essay for The Lizard  about "The Death of Rave". I'm sure there were people thinking, if maybe not writing, that rave had died as early as 1990 (when the first wave of acid house mega-parties were crushed / petered out). I think rave - like rock 'n' roll - is in a continual state of dying and being reborn, at times near-simultaneously. Decadence battles it out with influxes of barbarian energy.  The "failure" is latent in the triumph, in so far as all these waves of rebellious energy in popular culture are displacements of political desires.

After writing "The Death of Rave" (whose thesis was more that it had become a  "living death" than it had ceased to exist -- turned into a controlling machine, what Achim Szepanksi - borrowing from Adorno, I think - called the "pleasure-prison") I was soon enough re-enthused by other upsurges (2step, grime). Only to be en-gloomed again, repeatedly. It's a bi-polar cycle of disillusionment and "re-illusionment" (dig Nathan's coinage). Eventually that cycle  wears you out and most likely you'll shift into a "post-belief" state of semi-detached engagement, taking pleasures where you find them. Perhaps enjoying vicariously the fanaticism of others caught up in that first-time-rush of discovery and delusion.

Posted by SIMON REYNOLDS at 11:46 AM No comments: 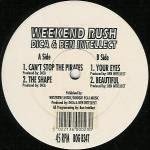 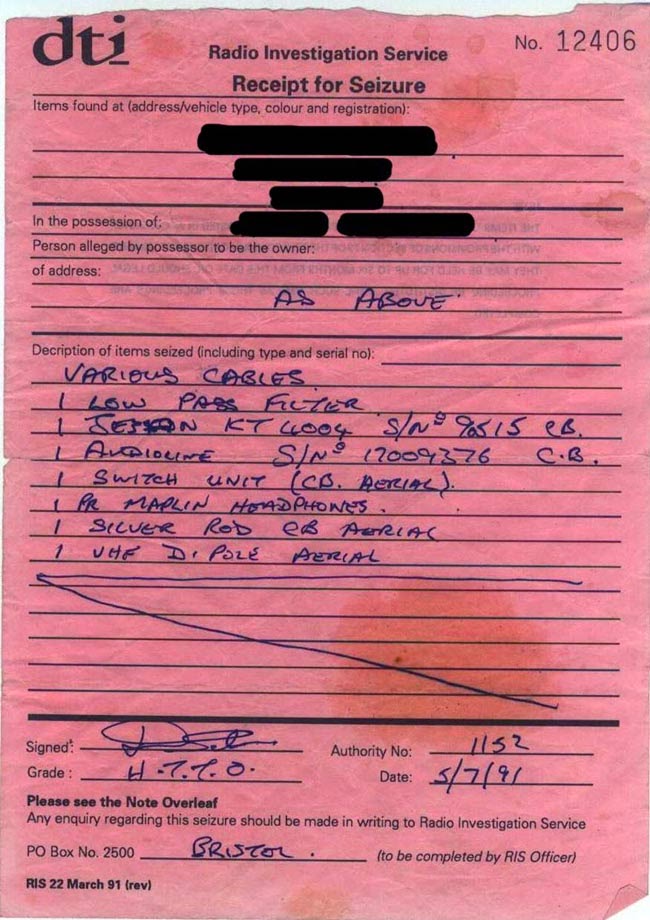 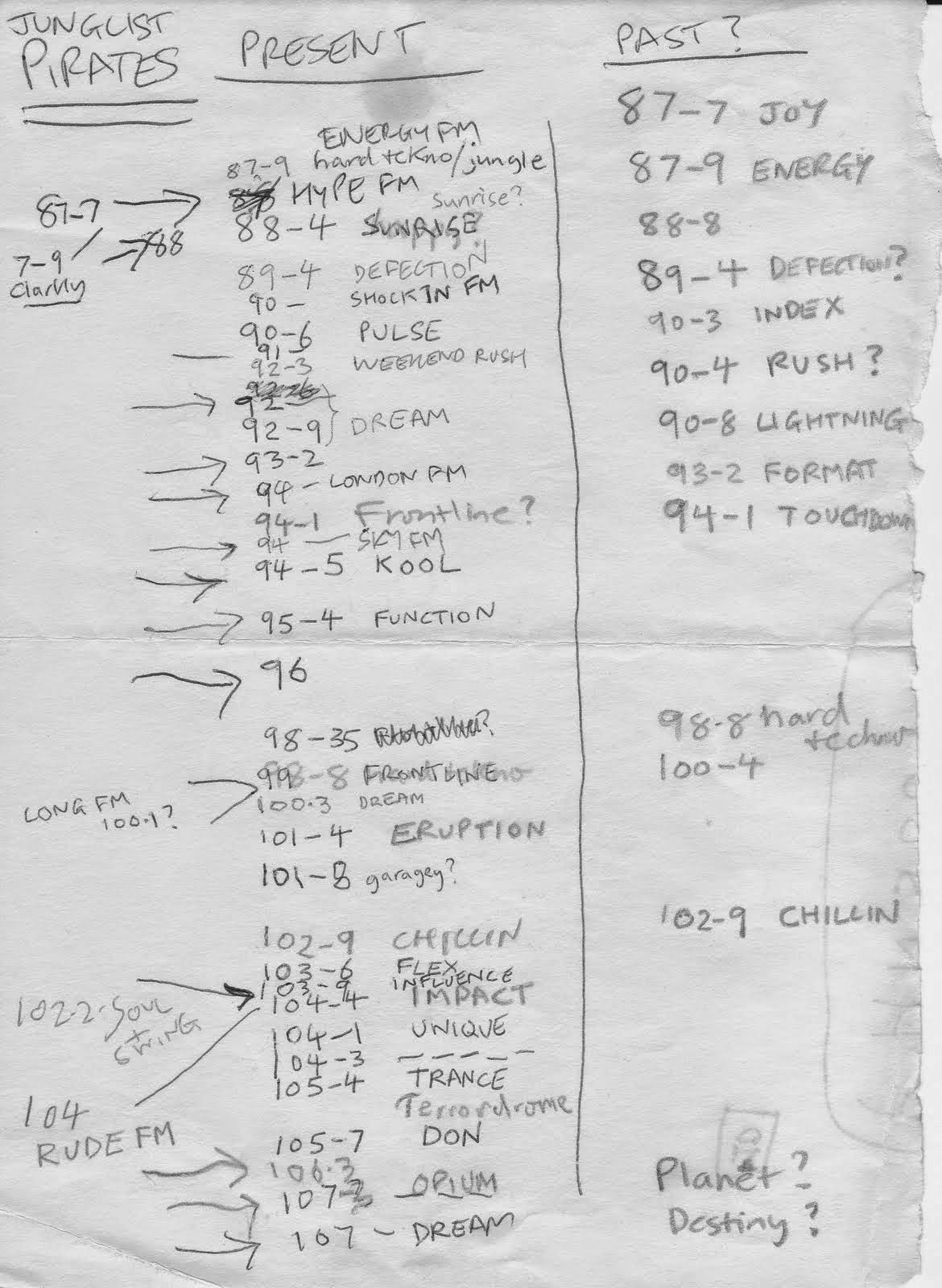 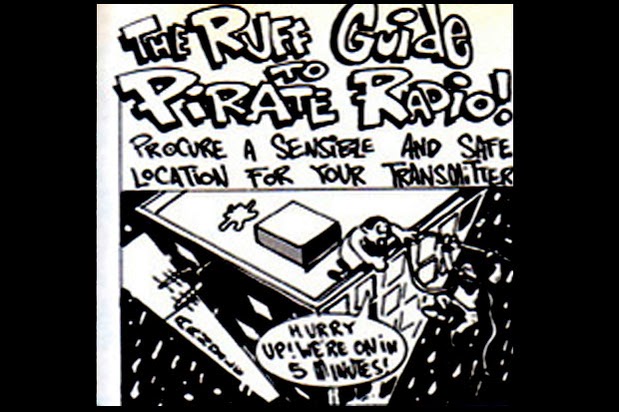 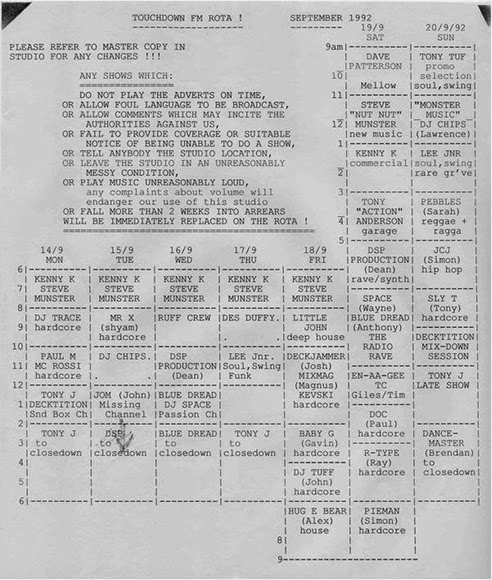 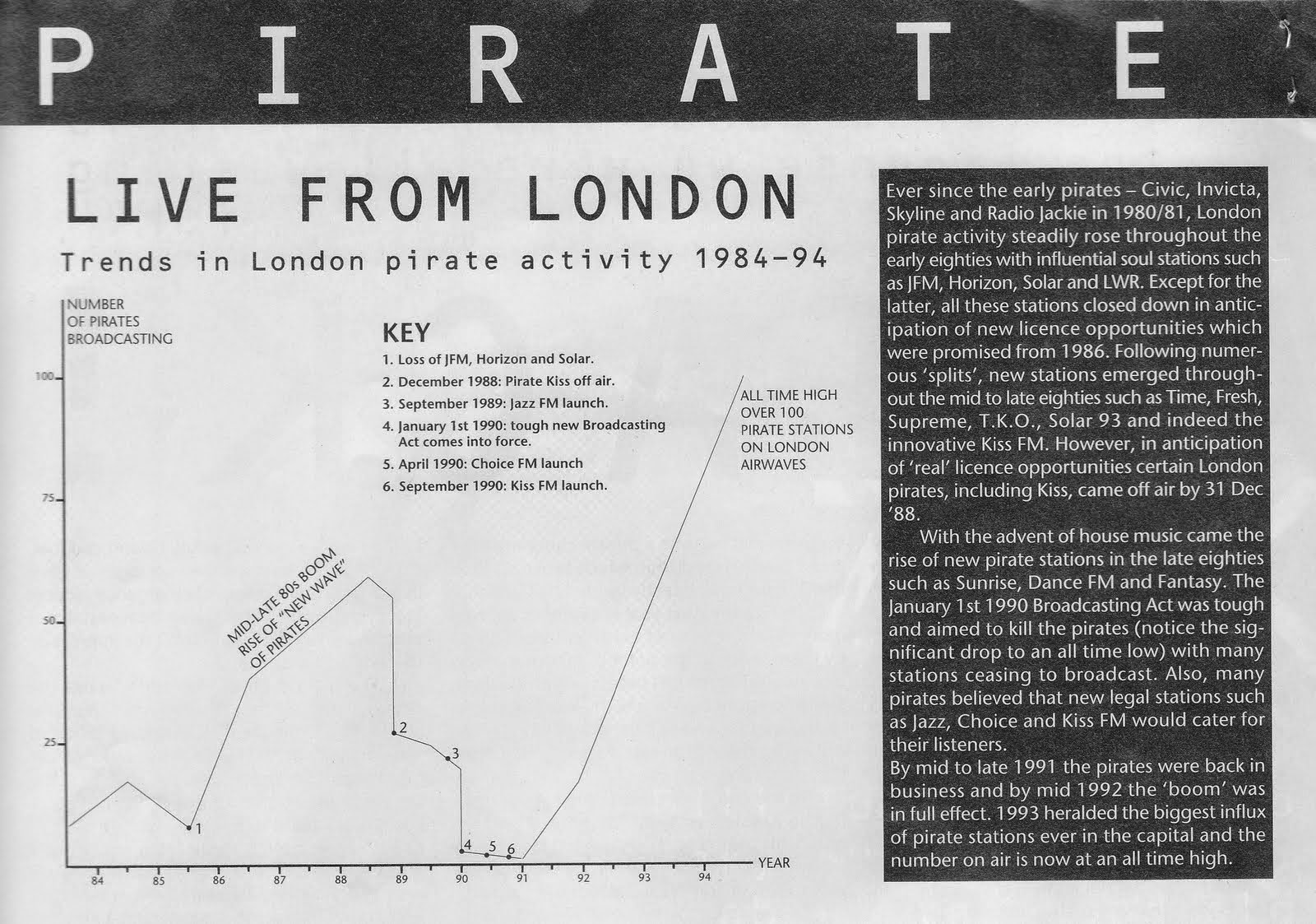 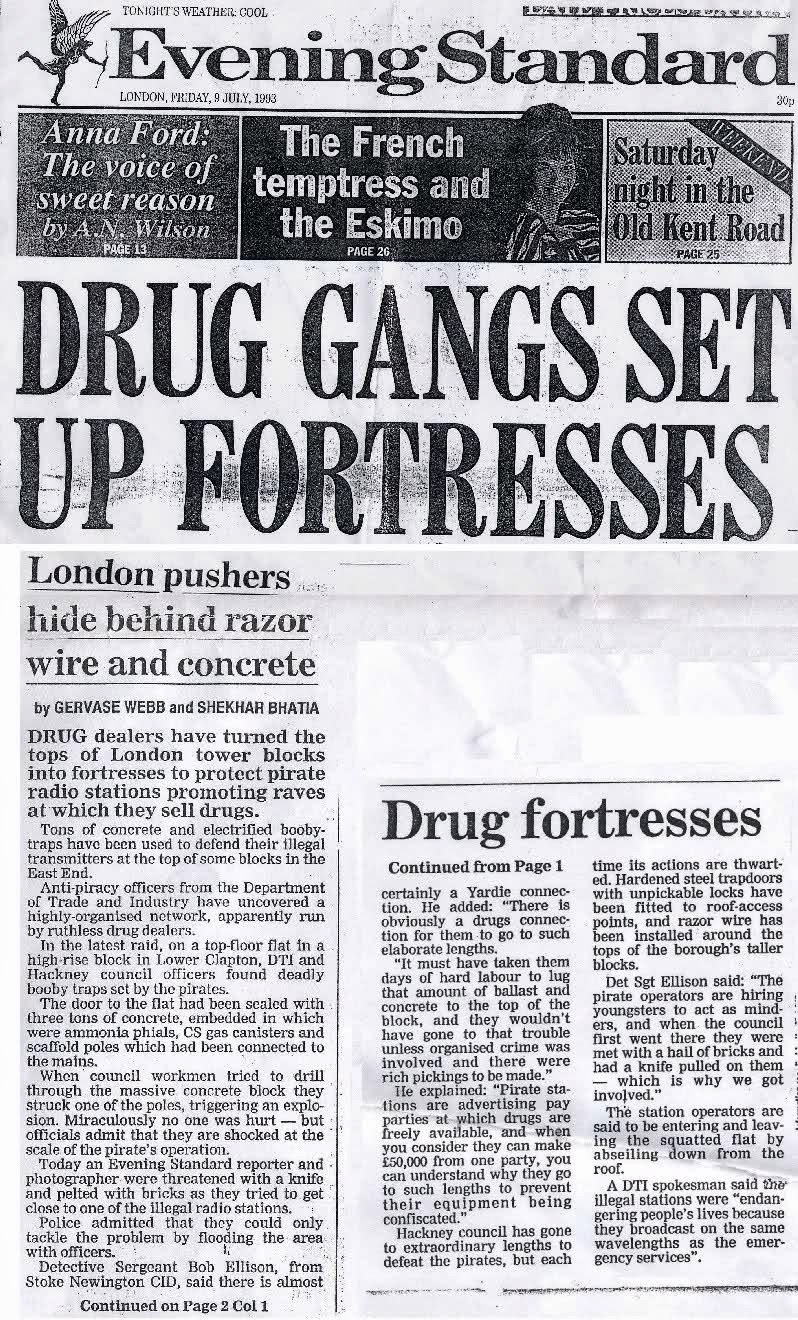 Posted by SIMON REYNOLDS at 10:20 AM No comments: 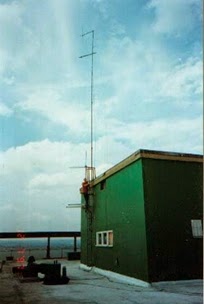 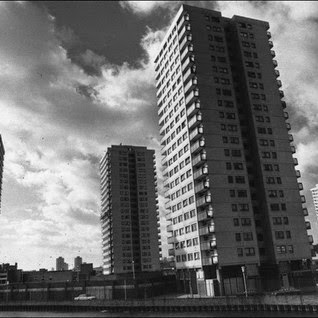 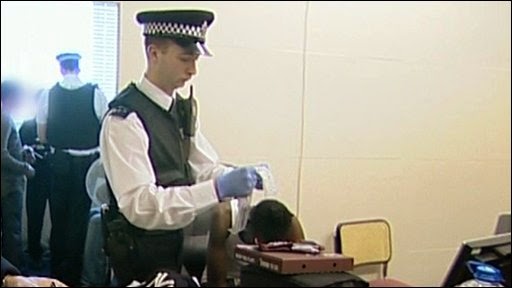 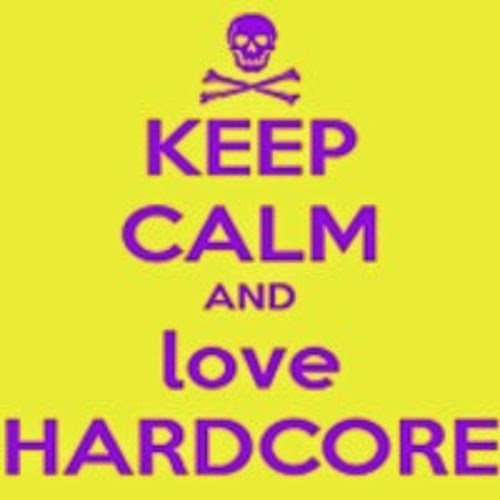 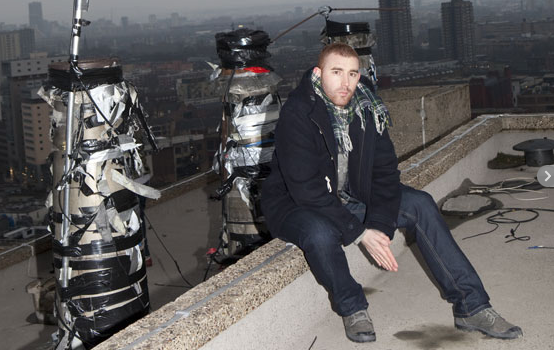 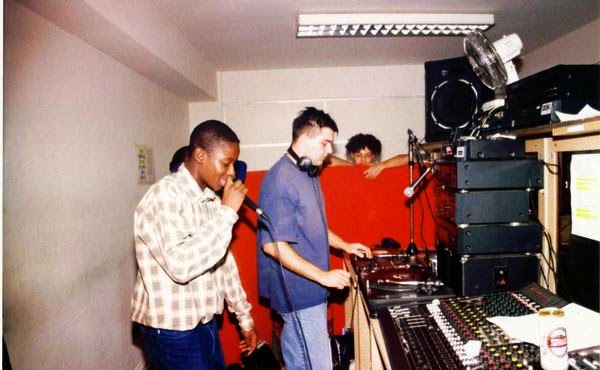 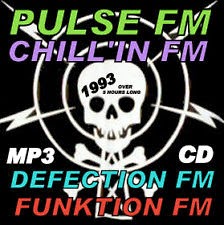 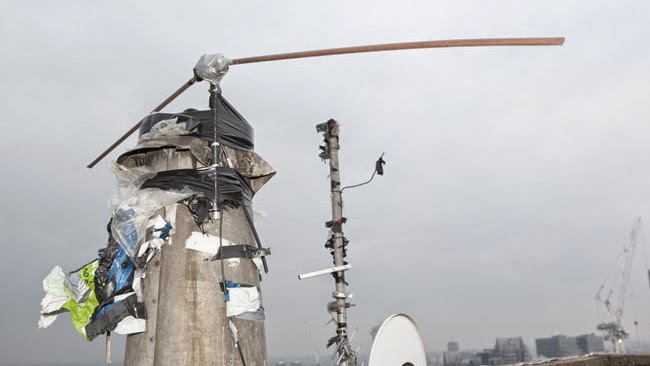 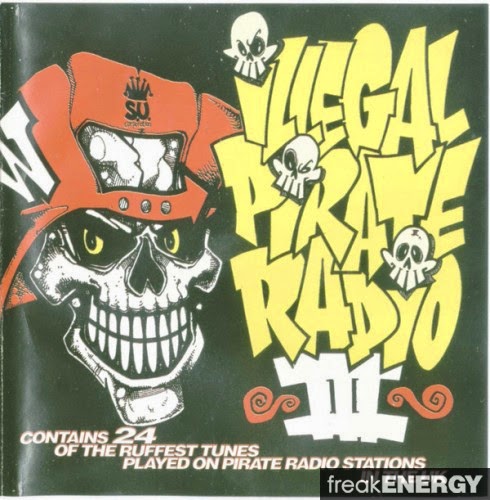 Posted by SIMON REYNOLDS at 12:26 PM No comments:

In the current issue of The Wire, in the guise of the regular Invisible Jukebox feature, there's a nuumological masterclass from Butterz boyz Elijah and Skilliam.

Elijah: That sample... I've heard this a lot.

They're from East London.

Can you hear elements in this that carry right through to what you do?

Elijah: The voice, the English and Jamaican accents, that's intrinsic to grime and to living here, in East London. That's why I know Shut Up And Dance Music, just by DNA.

Skilliam: Yeah, it's always been just there.

Elijah: You don't need the ID.

Skilliam: It's music that you've grown up with.

Elijah: My sister, she's five years younger, she'll know a Wiley beat but won't be able to tell you it's "Igloo". Exactly the same with me and this.

This is pretty much the start of techno, hiphop and Jamaican music fusing into something very British.


This exchange reminded me of an Invisible Jukebox with Goldie, probably 1995, and the Wire-man record-tester plays him  a Shut Up And Dance track -- might even have been the same track - and Goldie's response is a metaphor to do with a train. Something like SUAD, they're a carriage at the head of the train, right behind the engine - and me, I'm a carriage further down the line. And the train continues, more carriages will join after me.

Elijah & Skilliam also make some other sage comments during the course of the conversation, which runs from SUAD to Slackk via Ruff Sqwad, Apple and Kele Le Roc.

About outsiders and their takes on hardcore continuum styles. in response to being played Si Begg versus Hairy Butter's "Locked In Locked On", a pastiche of UK garage as it got grimy in the early 2000s, Elijah says:

I could tell it was outside of the culture. It's someone who's taken something and tried to tool it to what they're used to.

About the relationship between the continuum and styles of music outside it that have affinities and sometimes powerfully influence the nuum's development without ever being part of it:

Elijah: For us, radio was our context. If we listen to hiphop, we hear it outside the pirate radio infrastructure, that's one thing. But if we hear dancehall, jungle, garage, house or grime, it's all the same music really, there wasn't some epiphany in the change from one to another."

About the resilience of locality even after the rise of the IDM (Internet Dance Music):

Elijah: ... Some producers lack context. They don't have the experience of how that music works in a club, so they're just guessing. That's why the sick producers more or less come from London. They know how it works in this environment, whereas someone from New Zealand or wherever is watching Boiler Room and guessing. It's harder to pull it off, for the club environment anyway - not just for the creative side. On the creative side just do what you want! I can't think of someone from abroad that's actually had a smash, a club anthem, a track like [SX's] 'Wooo Riddim".

Elijah and Skilliam don't use the word "hardcore continuum" at any point in this conversation,  of course. It's quite likely they're unaware of it. But then  they don't need the concept;  they don't need a term. They live the ongoing reality of it, the decades-deep everyday fact of it.  For them, it's just common sense -  a sense common to a community that's several generations long at this point. (Those family connections, as with Serious One the MC being a SUAD nephew, aren't uncommon at all). It's simply what went down, what happened. The history of their world, parts 1, 2, 3,4, 5, 6, 7, 8, 9. and counting.

I forgot to mention who conducted the Invisible Jukebox.

It was Joe Muggs.