i thought the internet had killed pirate radio, yeah? but apparently 80 stations are still broadcasting over the London airwaves
Posted by SIMON REYNOLDS at 10:28 AM 1 comment: 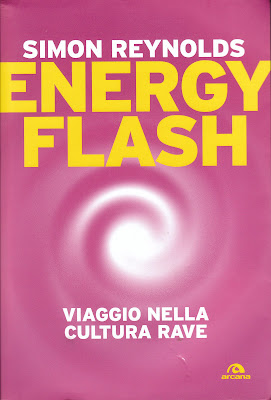 In 2000 Arcana Musica put out Generazione Ballo/Sballo (a slightly updated version of Generation Ecstasy with stuff on trance and 2step). Now they're about to publish the updated/expanded Energy Flash that came out on Picador in 2008. Italian is one of those languages where the wordage expands when you translate from English and so their edition runs to 676 pages.
Posted by SIMON REYNOLDS at 4:46 PM No comments: 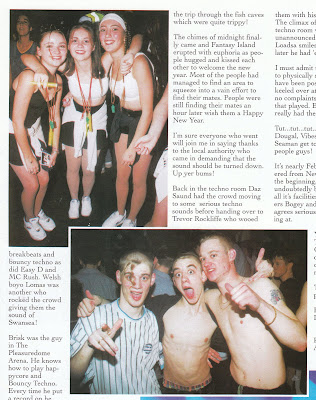 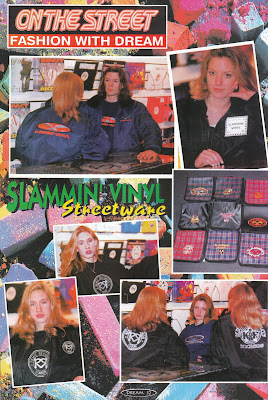 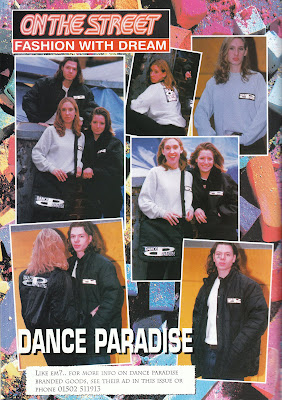 Posted by SIMON REYNOLDS at 7:57 AM No comments: 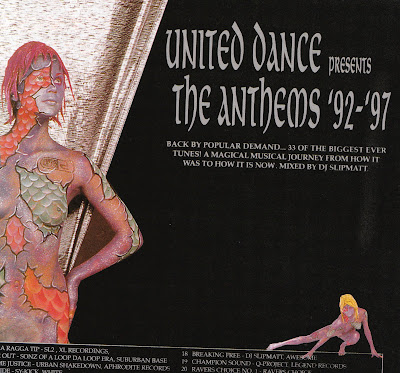 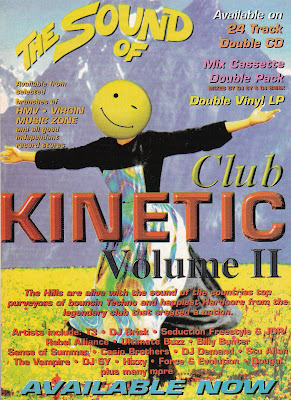 Posted by SIMON REYNOLDS at 7:56 AM No comments: 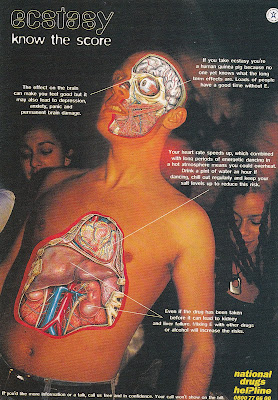 Posted by SIMON REYNOLDS at 8:37 PM No comments:

forgot i even did this piece!

(the rendering of hardcore as "hard-core" is NYT style i hasten to point out, and non-negotiable, amazingly though they didn't insist on putting a "Mr" in front of Howlett)

For more than a year, "hard-core" has been the most vibrant dance-music cult in Britain. The term comes from "hard-core techno," a brutal, high-speed style of electronic rave music. Early on, hard-core meant bombastic synthesizer -- programmed machine-rhythms and a clinical though crazed atmosphere. But the music evolved into a hybrid of hip-hop and techno, merging the former's grit with the latter's futuristic weirdness, as disk jockeys and producers started to take beats from rap records and speed them up. In the process, they retained hip-hop's funky syncopation, yet at tempos (140 to 150 beats per minute) far faster than any flesh-and-blood drummer could sustain.

Combining the revelry of disco and the disorientation of psychedelia, rave music tends to be brazenly druggy, in both its sound and its lyrical allusions. Hard-core is no exception. Its manic pace has been influenced by the fact that ecstasy, the raver's stimulant of choice, has become steadily more adulterated with amphetamine.

But beyond the music's role as the soundtrack to the frenetic clubgoing of a dissolute subculture of speed freaks, hard-core has become a force on the British pop charts, attracting large numbers of teeny-boppers too young to attend late-night raves. Hard-core is music for the Nintendo generation: its hyperkinetic esthetic provides a sexless exhilaration similar to that offered by computer games. The music's nonstop barrage of samples and sonic gimmickry appeals to reduced attention spans.

Like other dance-music cults, hard-core thrives on rapid turnover. To stay ahead of the competition, radio and club D.J.'s search out the latest and most obscure singles. Though this lack of brand loyalty makes for a climate inimical to long-term careers, some figures have emerged out of the faceless morass of one-hit wonders.

Four of the most consistently successful groups -- the Prodigy, Messiah, Eon and Utah Saints -- have released recordings that are being picked up by American labels hoping to capitalize on rave's rising popularity in this country. The problem is that hard-core works best as a 12-inch single, a concentrated six-minute burst of inspiration, or in the CD maxi-single format, with its numerous, radically different versions of the same track. Since hard-core's riffs and noises tend to be repeated with diminishing returns, a real drawback over the duration of an hourlong CD, the music has yet to prove itself as an album-based form.

If anyone has come close to sustaining interest at album length, it's the Prodigy, whose four chart hits in 18 months is a feat quite remarkable by hard-core's standards. The group's creative core, the 21-year-old Liam Howlett, began as a hip-hopper but was drawn into rave culture by its celebratory spirit. With the Prodigy, he combines the turntable-manipulating skills of rap with a flair for melody derived from classical training in piano. The album "Experience" (Elektra 9 61365-2; all three formats) is an onslaught of bustling beats and stuttering synthesizers overlaid with ecstatic vocals.

Everything in the Prodigy's sound is designed to heighten the sense of headlong, goal-less acceleration. Like much rave fare, the Prodigy's music is self-reflexive: the songs exalt the transitory but real communion of the dance floor ("Everybody in the Place") and the sensation of speed ("Hyperspeed"). "Experience" includes the Prodigy hit "Charly," which incorporates a cartoon cat's meow and a toddler's voice from a public-service announcement for children. Tapping into a regressive strain in rave culture (gaudy clothing, dancers sucking on pacifiers), "Charly" has inspired many imitators to sample children's television themes and playground refrains (Urban Hype's "Trip to Trumpton," Smart E's "Sesame's Treet"). On the standout track "Ruff in the Jungle Bizness," the Prodigy also responds to hard-core's current interest in "Junglist" rhythms (dense, rolling percussion and seismic basslines taken from reggae).

Throughout the album, there's frequent recourse to another hard-core fad -- sampling ragga, the reggae equivalent of rap. A patois chanting style, ragga has an insolent, uproarious quality (ragga comes from "raggamuffin") that fits well with hard-core's rough, rowdy rhythms. "Experience" is a perfect document of the hard-core state-of-the-art, and Howlett's genius is his ability to take undergroud idioms and combine them with the hooks and structure of pop. Similarly, he uses samples not as tacked-on novelty effects but as integral elements of his songs.

Utah Saints pulls off a similar trick on its hit single, "Something Good," the opening track on its eponymous debut album (London/PLG 828 374-2; CD and cassette). The song's principal hook -- a sample from Kate Bush's "Cloudbusting" -- is at once gimmicky and gorgeous: the first syllable of Bush's chorus, "Ooh, I just know that something good is going to happen," is modulated on a sampling keyboard, distending the single vowel like a glassblower shaping an intricate bauble. This bit of sampling sorcery elevates an otherwise basic hard-core anthem, complete with raucous chants and octave-hopping piano riffs.

On the rest of the album, Utah Saints tries to repeat the same trick again and again with less success. "What Can You Do for Me?" is totally dependent on its samples (Annie Lennox, Gwen Guthrie), while "New Gold Dream (81-82-83-84)" is a pointless remake of the Simple Minds song of the same title. Too often, the group doesn't rework its samples or frame them in a new context, as the Prodigy does, but relies on its borrowings to make its songs memorable.

Like "Something Good," Messiah's "Temple of Dreams" (Def American 9 40655-2; CD maxi-single) is another fine example of chart-friendly hard-core (both songs were hits in Britain). Indeed, the track's featured sample is a speeded-up incantation by Liz Fraser taken from This Mortal Coil's version of "Song to the Siren." Her inquiry "Did I dream, you dreamed about me?" floats over a locust-swarm of synthezier noise.

In England, Messiah's records are released by Kickin', one of the country's top independent dance-music labels. But Messiah has signed with Def American in the United States, and Rick Rubin, the label's head, is convinced that techno is the new punk. Judging by "Temple of Dreams," Messiah is more like a purveyor of bubblegum hard-core. Its debut album, to be released this spring, will doubtless reveal more about Messiah's balance of pop appeal and hard-core frenzy.

Where Utah Saints, Messiah and the Prodigy rely, to varying degrees, on a collage esthetic, Eon's brand of hard-core is based more on pure electronic textures. On "Void Dweller" (Vinyl Solution/Columbia CK 52472; CD and cassette), Eon, the alter ego of the album's D.J. and producer, Ian B., toys with the idea of disco as a sinister form of possession or mind control. Starting with a line hijacked from a science-fiction movie ("We will control all that you see and hear"), "Inner Mind" elaborates eerie ripples of synthesizer drones. It sounds like a brainwashing machine.

The track that cleaves closest to the contemporary hard-core sound is "Basket Case (White Coats Mix)," whose title chimes in with hard-core's imagery of psychosis, disorientation and catatonia (fans praise good records as "mad" or "mental"). The song combines horror soundtrack motifs, spooky laughter, deranged screams and electronic pulsations to create a bedlam of sound. If "Void Dweller" is successful as an album-length experience, it's because it is mood-Muzak, establishing a chilly, creepy atmosphere. This is techno as isolation chamber rather than party music.

Rave music has provoked much hostility from rock fans. Oddly enough, critics often disparage it in the same terms that alarmed adults lambasted early rock-and-roll: as mindless, repetitive, barbaric, nihilistic in its pursuit of sensation and kicks. Certainly, hard-core is one-dimensional music. But it commands that dimension with a single-minded intensity that is as close to the primal essence of rock-and-roll as one can get. It's a techno-pagan celebration of dance, of staying up way past your bedtime, of the sheer kinetic exhilaration of rhythm. Perhaps hard-core techno is the new rock-and-roll. It certainly portends a new generation gap.

Simon Reynolds is the author of "Blissed Out: The Raptures of Rock."

Photos: High Techno -- Fans of rave music, above at the Lemon Lime restaurant in New York (SK$; ID), and, below, the duo Utah Saints (Tim Garbutt, left, and Jez Willis)(Polygram) -- Hard-core music, Britain's latest fad to reach America, is the soundtrack for a dissolute subculture of frenetic clubgoing, gaudy clothing and ecstatic dancing.

[they used the most ridiculously inappropriate photograph of fancy dressed-up and facepainted twattish club kids, more Limelight/Michael Alig/ than Telepathy at the Roller Express/Stormrave]
Posted by SIMON REYNOLDS at 6:48 PM No comments:

Felix Guattari on a pirate station of a different kind: Italy's Radio Alice 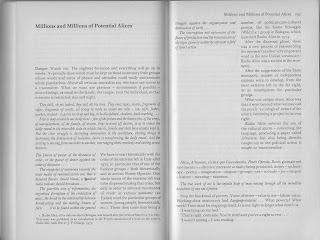 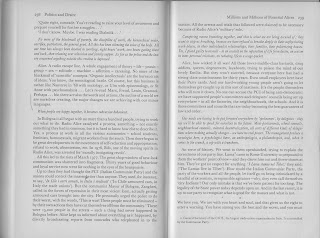 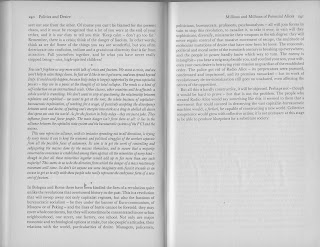 from the Guattari essay anthology Molecular Revolution: Pychiatry and Politics (Peregrine)
Posted by SIMON REYNOLDS at 8:48 PM No comments: 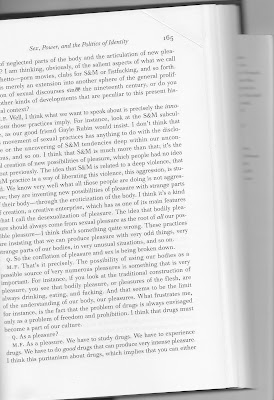 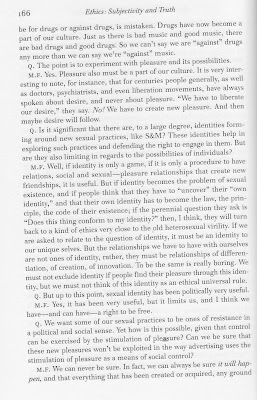 Posted by SIMON REYNOLDS at 8:38 PM No comments: 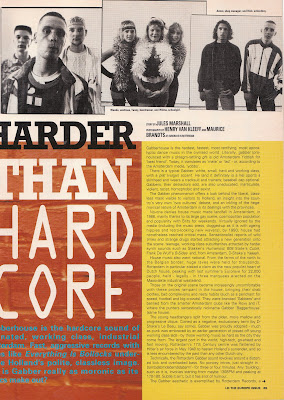 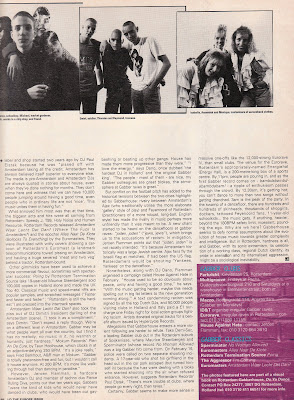 Posted by SIMON REYNOLDS at 6:23 PM No comments: