Going Hard: Bassweight, Sonic Warfare, & the 'Brostep" Aesthetic", by Mike D’Errico of UCLA, offers an academic analysis of the "wobble continuum" and its assaultive eruptions of tremolo-bass,  deploying concepts like digital maximalism, hypermasculinity, and Julian Henriques notion of "sonic dominance.":

'“Hardness” is the overriding affect here; compressed, gated kick and snare drum samples combine with coagulated, “overproduced” basslines made up of multiple oscillators vibrating at broad frequency ranges, colonizing the soundscape by filling every chasm of the frequency spectrum. The music—and the media forms with which it has become entwined—has served as the affective catalyst and effective backdrop for the emergence of an unabashedly assertive, physically domineering, and adrenaline-addicted “bro” culture. '

It's the first in a series of brostep-dedicated essays at Sounding Out, apparently, with others to come from Christina Giacona, and series editor Justin D Burton.

Interesting, precisely-described stuff from D'Errico, although the reflexive revulsion from masculinist aesthetics and videogame-generation ADD-OD power trips is a bit by-the-book academia. As well ast the "Maximal Nation" piece  he might want to check out the Hardcore Continuum series essay "Masculine Pressure", on gladiatorial and militaristic imagery in jungle, dubstep and grime -if not quite a defence or apologia, certainly an explanation.

"Whereas industrial capitalism required conformity (mass production = standardization), neoliberal capitalism requires distortion. And it requires this distortion from everyone, not just bros, men, or masculine subjects. The rewards for that noisemaking are unevenly distributed so that patriarchy wins, but everyone is required to max out, to scream as loud and as long as possible....

"The hardcore distortion Mike discusses certainly does the work of patriarchy, but as a generalized ideal not limited to “masculinity,” at least as traditionally conceived as a quality attributed to “men.” Distortion is the general means of production. And in this model, instead of thinking about masculinity as an attribute of individual people, it’s more helpful to think of patriarchy as an attribute of the overall mix. Young-Girls and Spring Breakers can central players in bro culture. "

She analogises from noise/rowdiness as disruption (an outdated notion of insubordination, breaking free, unconstraint, insurrection) to the neolib/accelerationist celebration of the innovator as disruptor:

"This Bro is patriarchy as corporate ‘person’ who wants each individual to be entrepreneurial–to take risks, to ‘disrupt’–because these individual ventures generate the dynamism on which the corporate bro feeds. This Bro is cool with whatevs–drugs, sex, even letting girls Lean In and being a little bromancy and gay himself. Excess isn’t just tolerated; the Bro expects and demands excess from individuals, because that’s what keeps him going."

Her final provocation: "An alternative to Bro-gemony might look like something altogether uncool, inflexible, and reactionary... When Bro-capitalism demands that we make lots of noise, that we distort ourselves to the max, things like cleanliness and fastidiousness function counter-culturally, maybe…"

But the hipper to be square move has a long history of course - anti-rockism, the Style Council, the perennial embrace of E-Z listening / muzak / exotica  (from Jerry Dammers to Lanza's Elevator Music to, well, vaporwave).
Posted by SIMON REYNOLDS at 8:25 AM No comments:

Topics include the evergreen / renaissance-itude of drum & bass, and, naturally, the good old dayz.


Imaginary Forces on the avant-izm of darkcore and prime period jungle: "If I drag out an old record like 4 Horsemen Of The Apocalypse and on the b-side to that there's a Michael Nyman sample from one of his Peter Greenway soundtracks. That's a really mad thing to crop up in the middle of a really dark jungle tune."

Imaginary Forces, on the decline / self-constriction of drum & bass: "You've got to bear in mind that when I started the tempos were much slower about 130 to 150bpm so you had more space for everything to breathe. By the time it was 2000, we were up to 175, 180 bpm and it was just flat. Everything was squashed together....

Imaginary Forces dissing the Billingsgates (a/k.a nu-junglizm): "This whole wave seems to be old house music producers who have suddenly gone, 'Oh, we'll just throw in a few breakbeats.' And for me it's an insult. And worse, it's a throwback. Four Tet just recently called a tune 'Kool FM' and that's just crass. It really bugged me. All he did was take a crappy loop... It's just vicarious cool....  It's not necessarily a bad thing on its own that these guys are pillaging a heritage that doesn't belong to them but they are not putting anything back into it....  And they do this music and get bookings in these white boy, hipster venues. Those venues and that crowd are like, 'Well I like this music but this is safe. I like this music and this way there is less chance we'll have to rub shoulders with any chavs. It's really beige. There's no energy in it. Sure when I was young and I went to Telepathy there was that feeling that if I mixed it up with the wrong person I might get stabbed but at the same time I was having the time of my life listening to the most amazing sounds. These new guys are like the Dire Straits of jungle revival." 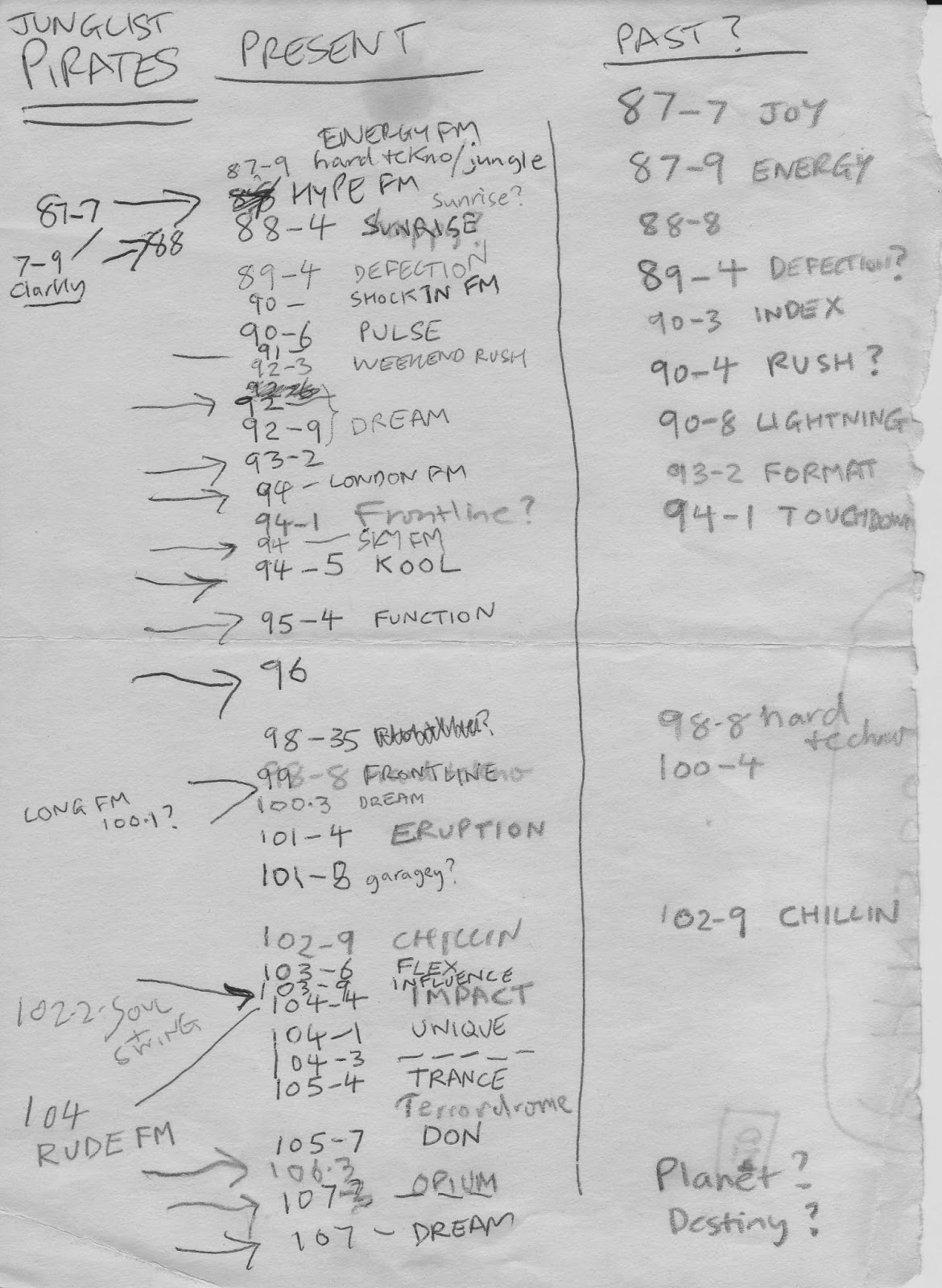 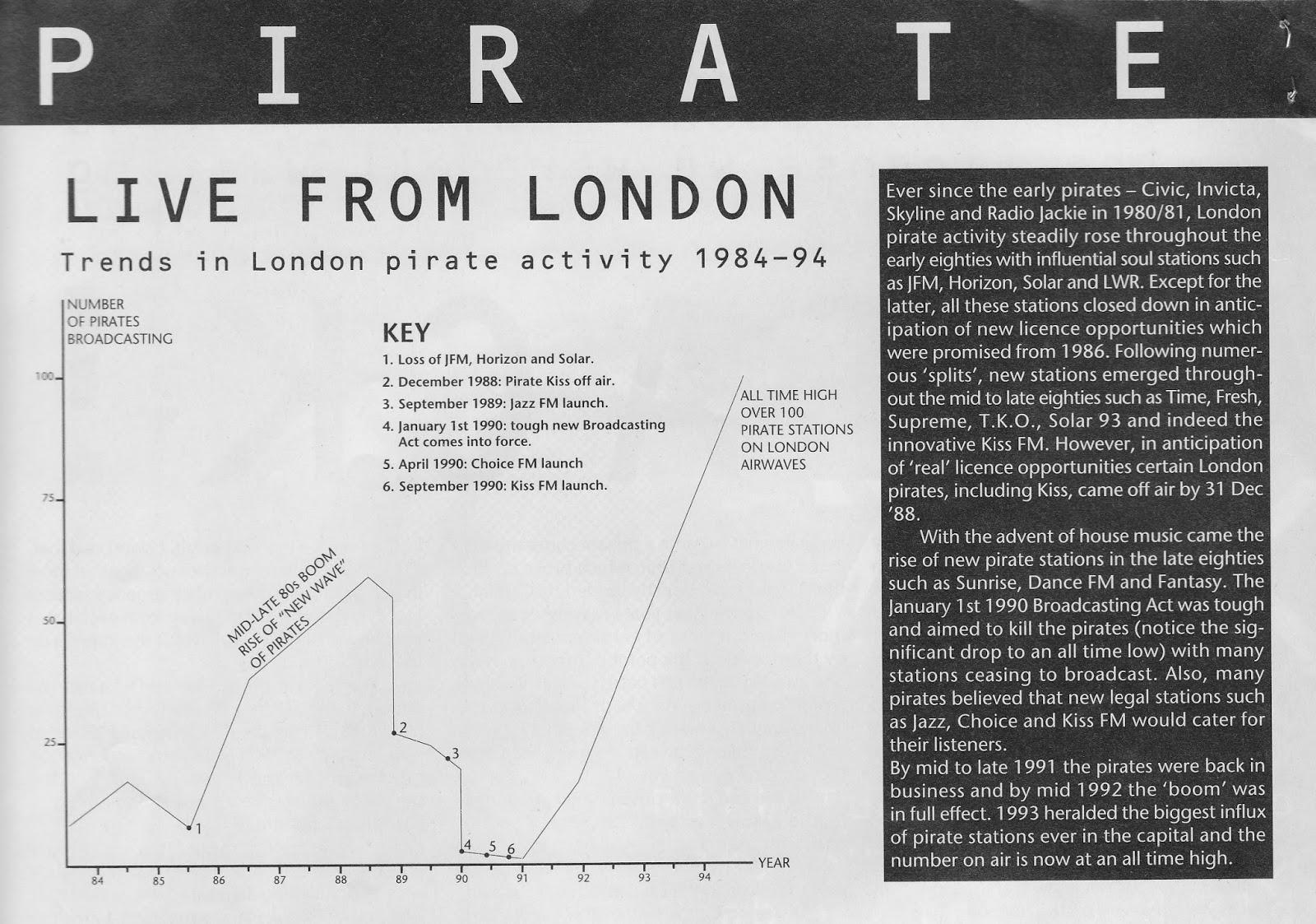 got a lot of tapes from the jump up and techstep era but never go back to them - not a golden age for me as the MC-nonsense-spew element really drops away - the music itself sick and dark for sure, but by that point there were comps a plenty, the 12's were easy to identify and buy,  Grooverider on 1Xtra etc, so pirate tapes didn't have the same essential function


Posted by SIMON REYNOLDS at 12:23 AM No comments:


Clouds, seemingly not to be confused with the Finnish "bass music" outfit