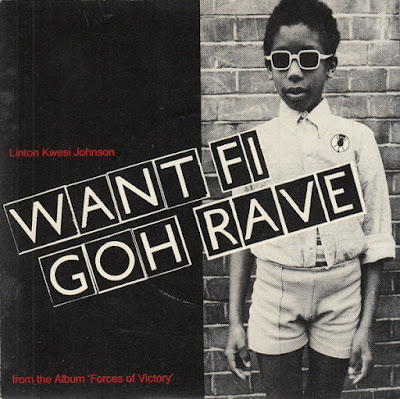 earlier even than that 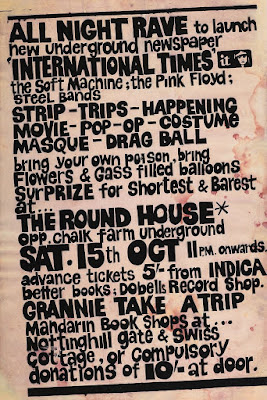 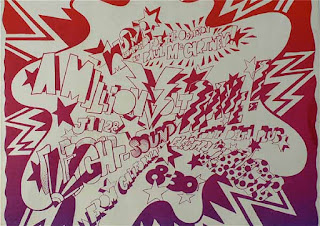 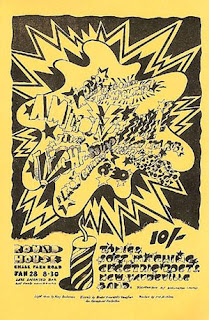 Around the same time, but also earlier 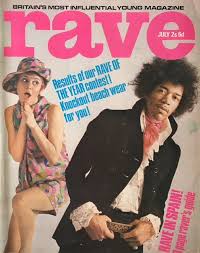 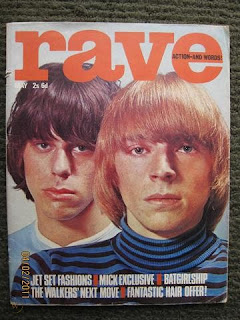 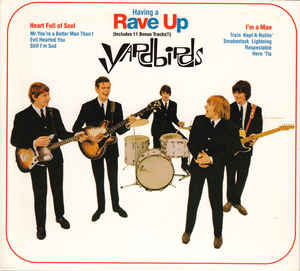 But even earlier than that - rave was a buzzword on the trad jazz scene - all night raves, ravers, raving 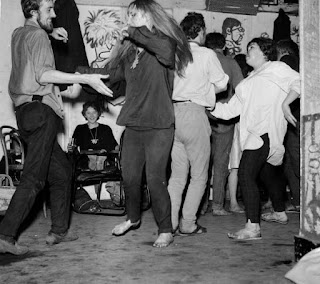 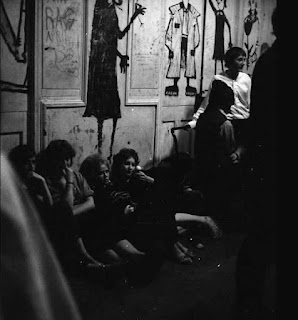 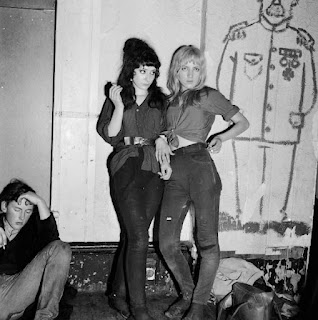 (via Another Nickel In the Machine)

According to George Melly, the term was coined by trad jazzer Mick Mulligan and his agent Jim Godbolt:

"Famous more for his Rabelaisian lifestyle than for the traditional jazz he played, Mick Mulligan was known as “the King of the Ravers”. The term “to rave”, meaning to party to excess, was coined by Mulligan and his agent Jim Godbolt, and slid into national usage."

According to Shady Old Lady blog, the term has a precise locus in space, if not pinnable down in time:

Description: This building, now at the centre of chinatown, has a startling musical history.After World War 2, it housed the West End Jazz Club run by George Melly and the trumpeter Mick Mulligan. It was here that the first all night raves were held and also where the term was actually coined by Mulligan. Melly said:At seven a.m. the band played its final number and we'd all crawl up out of the sweat-scented cellar into the empty streets of a Sunday morning in the West End. Hysterical with lack of sleep, accompanied by a plump art student, her pale cheeks smeared with the night's mascara, I'd catch the Chelsea bus and try to read the Observer through prickling red eyeballs as we swayed along Piccadilly, down Sloane Street, and into the King's Road. Then a bath, one of those delirious fucks that only happen on the edge of complete fatigue, and a long sleep until it was time to get up and face the journey to Cook's Ferry or whatever jazz club we were playing that evening.In 1967 it became Happening 44, Jack Braceland's (a pioneering light show artist) a trendy psychedelic club. Pink Floyd, Fairport Convention and Soft Machine played here, but amazingly it closed down barely 4 months later."

I doubt though that Mulligan & Co plucked the word and its connotations out of thin air.

And indeed the etymology of the word is as follows:

early 14c., "to show signs of madness or delirium," from Old French raver, variant of resver "to dream; wander here and there, prowl; behave madly, be crazy," of unknown origin (compare reverie). The identical (in form) verb meaning "to wander, stray, rove" first appeared c. 1300 in Scottish and northern dialect, and is probably from an unrelated Scandinavian word (such as Icelandic rafa). Sense of "talk enthusiastically about" first recorded 1704.

To speak wildly, irrationally, or incoherently.

To move with great violence or intensity: The storm raved along the coast.

To speak or write with wild enthusiasm: Critics raved about the new play.

To utter or express in a frenzied or unrestrained manner.

to speak in an angry uncontrolled manner

to enjoy oneself wildly or uninhibitedly

An extravagantly enthusiastic opinion or review: The play received raves.

A raucous party; a rave-up.

a fad or fashion: the latest rave.

No, no, go not to Lethe, neither twist

Wolf's-bane, tight-rooted, for its poisonous wine;

Nor suffer thy pale forehead to be kiss'd

By nightshade, ruby grape of Proserpine;

Make not your rosary of yew-berries,

Nor let the beetle, nor the death-moth be

Your mournful Psyche, nor the downy owl

A partner in your sorrow's mysteries;

For shade to shade will come too drowsily,

And drown the wakeful anguish of the soul.

But when the melancholy fit shall fall

That fosters the droop-headed flowers all,

And hides the green hill in an April shroud;

Then glut thy sorrow on a morning rose,

Or on the rainbow of the salt sand-wave,

Or on the wealth of globed peonies;

Or if thy mistress some rich anger shows,

Emprison her soft hand, and let her rave,

And feed deep, deep upon her peerless eyes.

She dwells with Beauty—Beauty that must die;

And Joy, whose hand is ever at his lips

Bidding adieu; and aching Pleasure nigh,

Turning to poison while the bee-mouth sips:

Ay, in the very temple of Delight

Veil'd Melancholy has her sovran shrine,

Though seen of none save him whose strenuous tongue

Can burst Joy's grape against his palate fine;

His soul shalt taste the sadness of her might,

And be among her cloudy trophies hung.

"He raves; his words are loose / As heaps of sand, and scattering wide from sense."

Rave on, John Donne, rave on thy holy fool

Down through the weeks of ages

Rave on down through the industrial revolution

Rave on words on printed page

Rave on, you left us infinity

Drive on with wild abandon

Rave on, Walt Whitman, nose down in wet grass

Rave on, fill the senses

Oh, what sweet wine we drinkin'

The celebration will be held

We will partake the wine and break the holy bread

Rave on let a man come out of Ireland

Rave on down through thy holy Rosy Cross

Rave on down through theosophy and the golden dawn

Rave on through the writing of a vision

Rave on, John Donne, rave on thy holy fool

Down through the weeks of ages

Rave on, down though the industrial revolution

Empiricism and atomic and nuclear age

Rave on, on printed page

Posted by SIMON REYNOLDS at 6:45 PM