the labrynth of memory 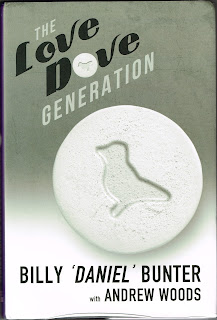 Cheers to Thomas H. Green for alerting me to the existence of this book - The Love Dove Generation by Billy 'Daniel' Bunter 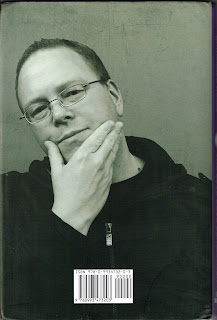 On a skim it looks to be an entertaining romp through the pills 'n' thrills 'n' brain-aches of being a leading Labrynth deejay - as well as name on flyers for similar/rival raves like Double Dipped at Bagleys, Telepathy, etc. 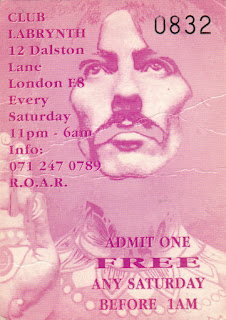 Ooh gosh - the Labrynth. A name that sets me adrift on memorE bliss...  The Labrynth garden. That tunnel-like corridor with trippy artwork on the sides. The odd little grotto-like chambers further and deeper in, perhaps playing things like trance. The upstairs - boring house music - room that we only ever bothered with once. And the main room, for the ardkore: dark, rammed, jostling, no focal point (you couldn't see where the DJ was, the booth tucked away somewhere), Instead,  facing the dancefloor, there'd be a row of ravers on an elevated stage-like thing. The layout of the room made the crowd into the star - forced the audience to spectate upon itself.

When I went out to interview Labrynth founder Joe Wieczorek for Energy Flash, in '96 or '97, that was the first time I’d been to Dalston in daylight.  He showed me around  the club - there was a whole lot more to the premises and surrounding buildings than most punters ever saw. It was like an underground warren. Joe pulled aside a sheet of tarpaulin covering what looked like construction and suddenly we were entering an abandoned Victorian-era theatre - plushness gone shabby, complete with the sloping floor down to where the orchestra pit would  have been at the foot of the stage, and - I think - a balcony too.  Too decrepit to be refurbished, Joe said. At that time Labrynth was having to move out of its original Four Aces premises and into some other large chamber within this complex of rooms and passages.

At that point I don't think I was fully aware of what The Four Aces had been - i.e. the reggae club where Don Letts had taken Johnny Rotten for initiating roots 'n' dub experiences. Later, that fact seemed to make a lovely symbolic loop in my life as PiLhead - postpunk to jungle,  bass to bass. 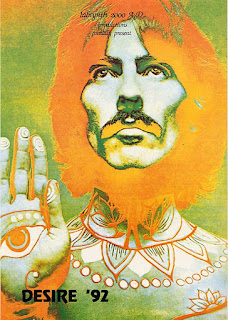 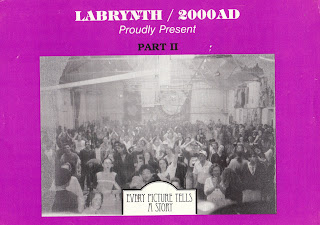 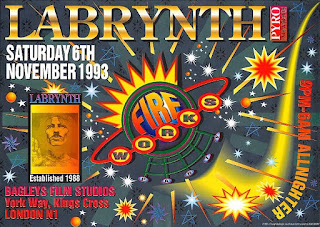 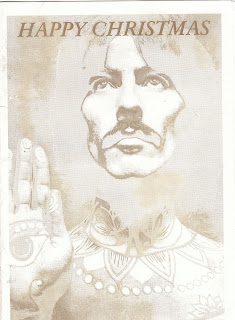