While I was writing this piece on musique concrète and its pop-collage sampladelic descendants, I was looking up stuff about Pierre Schaeffer and stumbled upon an assessment of various pieces by him  at a site that measures beats-per-minute and other properties of dance tracks. I assume this is done through the agency of an algorithm, as it wasn't astute enough to twig that Pierre Schaeffer is not in the business of rocking a dancefloor.

Here's one of the verdicts:

Tautologos II is a very sad song by Pierre Schaeffer with a tempo of 59 BPM.It can also be used double-time at 118 BPM. The track runs 14 minutes and 51 seconds long with a C♯/D♭ key and a major mode. It has low energy and is not very danceable with a time signature of 4 beats per bar.

There was also an assessment of "Etude aux chemins de fer" that claimed it would work better on the dancefloor:

"Etude aux chemins de fer" is a very sad song by Pierre Schaeffer with a tempo of 78 BPM. It can also be used double-time at 156 BPM. The track runs 2 minutes and 53 seconds long with aA♯/B♭ key and a minor mode. It has high energy and is somewhat danceable with a time signature of 4 beats per bar.

I meant to go back and see what songbpm.com had to say about other giants of musique concrète and electronic avant-classical, but the urgencies of deadline pulled me away.

These weird breakdowns of mood and tempo (including internal changes -  a little bit like a robot version of James Hamilton of Record Mirror disco reviewing legend)  got me thinking of the various convergences between musique concrète and dance music - not so much the many high culture ones involving ballet and modern dance, but the far smaller lineage involving pop shots aimed at the young dancefloor.

I knew that this goofy, wonderful moment of 1960s concrète pour la discothèque was revisited in the late '90s off the back of the interest in EZ listening / Moog Records / exotica etc, with a bevy of a famous DJs and producers remixing (more on that below).

But did you know that there was actually a reboot of the tune connected with the New Beat moment? 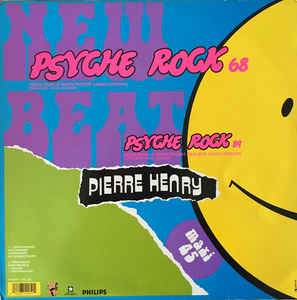 This is the better known of the late '90s remixes (I bought these at the time, have never listened to them since that time). 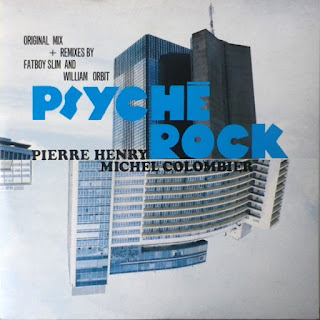 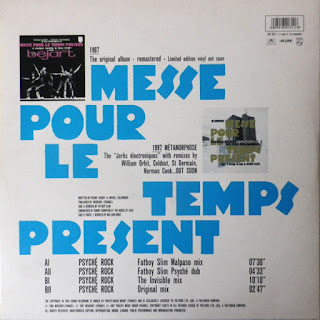 But back in 1973 Henry made another attempt, on his own, at reaching a young discotheque-going audience (well, I assume that was what he was trying to do). 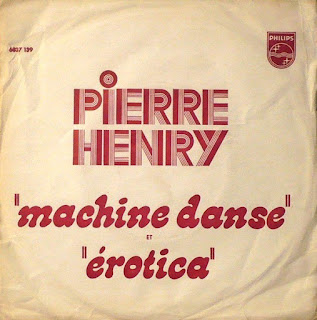 The closing track on the album has "danse" in the title but is more like an Add N To X freakout interlude or the master computer goes insane sequence in a s.f. movie

Posted by SIMON REYNOLDS at 7:12 PM