Went to a rave club at the Astoria called Slime Time!, in early 92 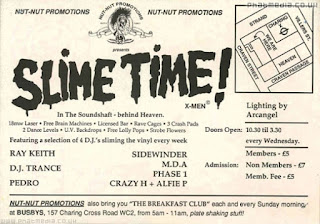 Actually that flyer has jogged my memory -  the night was called The Breakfast Club (started at 5 AM in the morning on Sunday!) and the promoter was Nut-Nut Promotions, who also did Slime Time!. The venue  does appear to be the Astoria - same address, 157 Charing Cross Road  - but at that time was called Busby's. (Later the venue reverted to being Astoria 2) 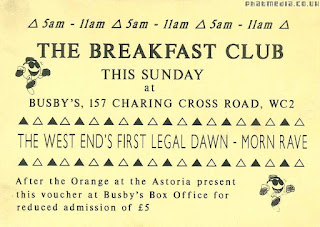 Yeah I remember the promise of "plate-shaking"sounds! 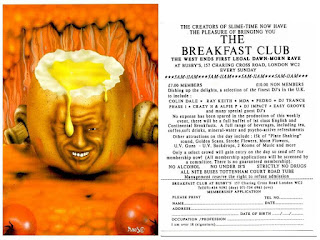 Breakfast Club was also just round the corner - barely fifty yards I'd say - from the Mars Bar, where Speed would be based from late 94 - the West End location symbolising the return of the black sheep of rave into the fold of musicality and acceptance by the house-techno bods. To which, "gah!", yes... but it was a fab club it has to be admitted.

Fond memories of dancing to "Pulp Fiction" by A. Reese at Speed -  in its own slick rollin way the B-line was just as much a plate-shaker as anything from three years earlier 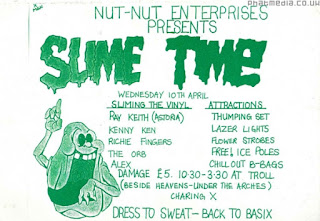 Actually another hardcore nuum club right in the dead centre of London - a minute's walk from Centrepoint - was Thunder & Joy, every Sunday in this basement under the YMCA,  a little ways up (and just off) Tottenham Court Road. 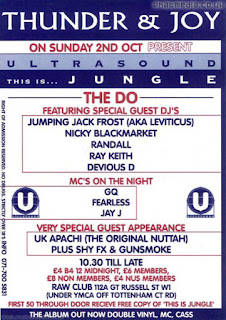 Posted by SIMON REYNOLDS at 6:51 PM

it is 1992, the tape is labelled incorrectly. DJ Killer, btw, was a 12 year old DJ who had to be accompanied to raves with his parents. Wonder what happened to him?

He was hypes nephew apparently, according to someone replying to me on Reddit lol

Apparently he petered off about 1994

Apparently cbbc back then did a video on him picking records out.

Never went to any raves, missed out on hardcore as I was born in 2001, I'm finding this all out through the last year or so.