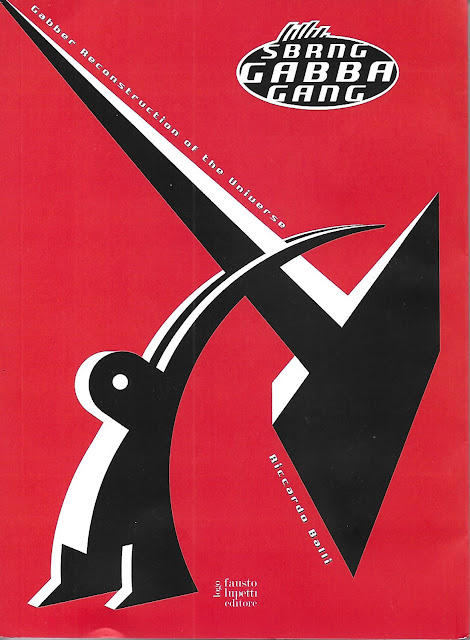 !An exciting addition to the small body of gabber literature!

By an Italian but in English, written in a style that resembles the LOUD energy of a S.Wells sluiced through the unforgiving yet gleeful anti-humanism of a Biba Kopf, this monograph maps Italian Futurism onto gabba, and vice versa. So it's an intellectual entertainment - penned by one who knows viscerally whereof he speaks... who's sweated and stomped in the four-to-floor forge 'till the crack of dawn, and beyond...  been battered by drop-hammer bassdrum and blasted by hoover-noise...  soaked up the sensations and survived to make sense of the senselessness. 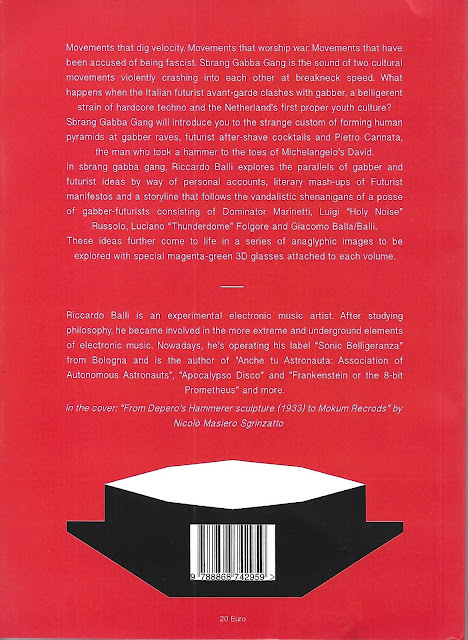 Check out the praxis (deejaying, producing, running a label) to the theory at Balli's Bologna-based operation  sonicbelligeranza.com 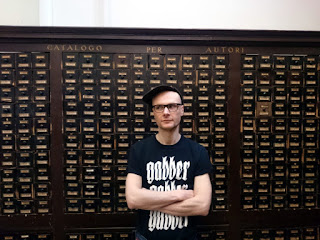 Some of Balli's previous publications 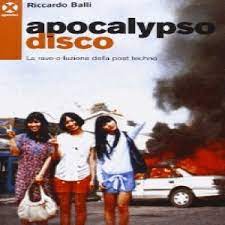 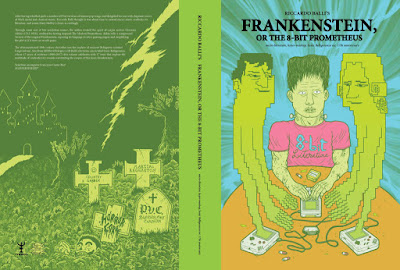 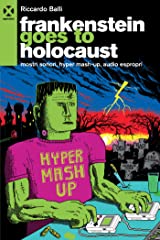 Funnily enough, me and Paul Oldfield used to have a deejay "company" called Apocalypso Disco, or perhaps it was just Apocalypso - at any rate, we had the flyers and we did get a few college gigs.
Posted by SIMON REYNOLDS at 7:24 PM

You were actually a DJ with gigs under your belt?

Was this a secret until now?

Not a real deejay, never been able to mix.

We did a few things as support to David Stubbs, who was a more serious deejay (although again - like most DJs at that time - he didn't mix really), bought import 12-inches which on a student grant was a seriously committed thing to do, and had a regular night at a club on the outskirts of Oxford that was normally a gay club. He called the night "The Meltdown" after a NYC track by Shirley Lites and promised in a manifesto he did in a wallposter magazine we all did then, that the Meltdown would be "greater and more beautiful than sex". Well, it wasn't quite but it was pretty cutting edge for Oxford - and accordingly became less and less populated.

And then me and Paul did a few things independently of David. One of them was actually a timewarp trip funnily enough, a Sixties night, we played the kind of stuff you'd expect, Kinks etc, but slipped in some garage punk that had been regional hits in Illinois for three months in 1965. So that was quite a trip, seeing people dancing and jiving to tune that quite possibly had not ever played in the UK. I think Paul also slipped in some freakbeat. However the triumph was marred by this persistent fucker who kept coming up to ask if we would play The Power Station's "Get It On". I politely explained that we did not own the record (and I refrained from adding, "because it is an abomination") and besides, this was a 1960s night. He kept asking and then seemed to give up - and then suddenly, a tremendous sulphorous stench enveloped the deejay area. The little shit had snuck off and returned with a stinkbomb. What kind of Oxford student has a cache of stinkbombs in their digs?

I have done the odd bit of deejaying in the '90s and 2000s - again, resolutely non-mixed, just depending on selection to pull me though - birthday parties, a wedding-related celebration, I used to do the music when my wife who was editing the Village Voice Literary Supplement would have an event, and a few times in actual (small) clubs in partnership / tag-team with a proper deejay friend called Paul Kennedy, who once did it professionally in Washington DC and was higher on the bill than Deep Dish. The piece de resistance, deejaying-wise for me, in terms of fantasy come true, was actually doing a set on a Brooklyn pirate radio station. However it was nothing like a London pirate - it was a serious hipster, Resonance FM type place, the guy before me was playing things like Anthony Braxton. I come on and do about an hour of mostly gloomcore actually, I've no idea how the listeners of Williamsburg - if there were any - took to that. And then it went back to more The Wire type music.

Great stories! Thanks for that Simon.

Funnily enough I think my brother had the 7" of Power Station's 'Get It On' which happily led us to getting the T-Rex comp 'Solid Gold Easy Action'. Was there ever a more fitting title to a compilation? We are both obsessively enamoured by T-Rex to this day.

Wouldn't you and Stubbs had the same records though?

Stubbs had a much better record collection - and much bigger. He started earlier and funneled his paper round money into mail ordering things. So he had all the Krautrock, Recommended Records stuff, Suicide, DAF, etc etc but then also a load of electrofunk postdisco imports.

I have a whole series of cassettes from that time based on the stuff he bought to play in the club.

I did buy quite a few contemporary club tunes and also a lot of three four five year old disco and funk that you could get quite cheap by that point in the early '80s.

Then Paul Oldfield would be getting other kind of stuff, often more severe and minimalistic. I think he had the Die Krupps "Wahre Lohn" 12 inch which was a bit of a banger on our little scene. One of my lifelong regrets is selling ESG's single on Factory to Paul, or swapping it, I can't remember. What a daft thing to do.

I remember Paul Kennedy from Tower Records in DC back in the day. He was responsible for a good chunk of *amazing* imports on the shelves of my local Tower during the early 90s. If not for Paul and a couple of other buyers for Tower Records in the DC metro area, I would have really struggled to find a lot of the records that changed my life.