via DJ Mag, some flyers made for Shane Meadows's final series of This Is England, set in baggy-trippy 1990 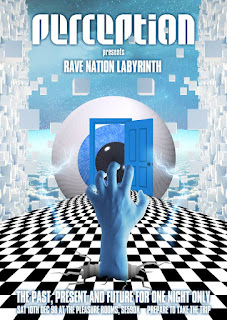 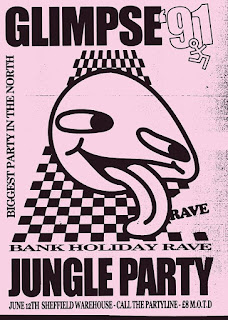 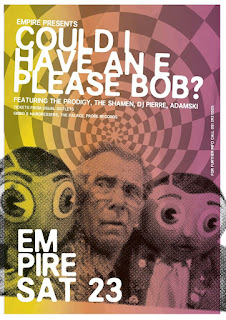 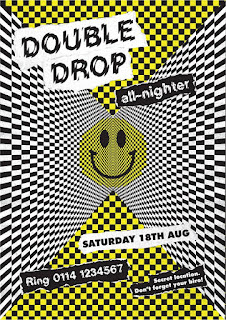 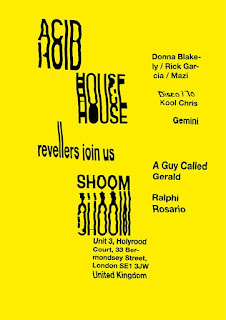 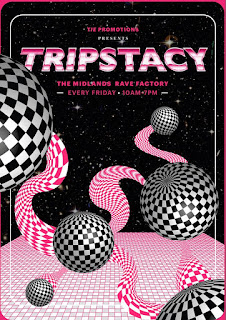 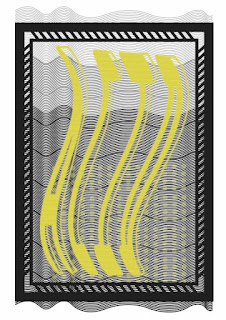 If I didn't already know they were ersatz, repro-antique jobs, and just saw them, would I think they were the real thing?

Impossible to say, of course.

But I think they all look not-quite-right, the only one that gets close enough to seem like a period artifact is this one:

and perhaps the first one

Similar not-quite-got-it with the actual series, judging by the trailer - clearly trying really hard to get the actual naffness of acid fashion, but just somehow 25 years of style and grooming advances creep in and make things a little bit slicker and cleaner than they would have been back in the real-deal day

What i find most disconcerting about old rave footage is the dancing... how unwieldy and basic most of it looks, from the outside -  from the inside, on E, you feel incredibly fluid and loose, the dancer you always wished to be - but it doesn't necessarily look that to bystanders