I was thinking about the ways in which music seems to irresistibly provoke a mimetic physical response.

Well, for some of us.

For me,  it's certain kinds of rock (not indie!), Certain kinds of jazz - fusion, jazz-rock, as opposed to Blue Note.  Music where there's a bit of a swagger, a performative flourish. But also where the music is hard-hitting, has a physicality to the impact as well as the playing.

Now this effect on listeners must surely have died out as music has become more digital - less about manually played instruments and more about click-and-drag, shunting information about on a screen.

There's no such thing as an "air" response to hip hop, is there? The mimetic response would be rapping along, which you'll see-hear in the street when someone is listening to rap or grime on headphones. I suppose one could imagine a mimetic impulse to trap drum patterns. But in practice, I think not - somehow the body knows that it's not a human hitting those drums. The physicality of impact, the pull on the body, is not paralleled by a physicality of execution.

What got me thinking on this topic in the first place was playing some jungle and succumbing to the urge to mime out drum patterns - to do "air breakbeats".

Resulting, of course, in an absurd parody of actual drumming, based on things I've seen on TV - wrist-flexing, rimshot cracks, ride cymbal flutters...

That made me wonder if jungle really is unique among the digital-era musics in that it still has that capacity.

For instance, I can't imagine the mimetic impulse being triggered when listening to house or techno - anything propelled by a 909.

Jungle - being based on samples of breaks, of hand-played drum patterns -  retains a musicality and humanity that can still pull at your limbs in this way.

But with jungle, the mimesis is a bizarre distorted form of mirroring. You're responding to the human player still audible within the barrage of chopped-up, resequenced drum breaks - the ghost in the machine. But these are accelerated and hyper-syncopated beyond what the original player would be capable of, let alone flailing failing you.  So the element of wish-fulfilment is doubled. Two ghosts inhabit your flesh and take possession: the manual, near-automatized movements of the sampled drummer, and then the producer's edits, treatments and other decisions, which override and re-imprint the original performance. You feel the twin pull of funk and of superhumanization, and fall even further short than with regular "air drumming".

The unfinished thought here - the idea on the tip of my brain...

Nerd dancing -  for those too physically awkward to get down.... but  who can model, or self-project, into the role of the one who makes others get down.

Andrew Parker notes that "Maybe air-playing instruments is favoured by those who have no proficiency - their imaginings are unencumbered by technical knowledge." Although proficient in guitar and piano, he never air plays, precisely because  "When I listen to a fast passage.... I'm mindful of the technical demands and what they would require to be developed."  Good point: ignorance is prequisite for air anything!

He also sends through a video of a drummer doing an authentically hectic and hyper-syncopated simulation of jungle breakbeats, showing that an exceptional human player can equal the "superhumanization" effect of breakbeat science

If listening blind to this I would probably think it was a jungle track, except 1/ the rhythm switches up too often and 2/ I'd be wondering when the bass was going to make its entrance. After all, it's called drum and bass, not drum and drum... 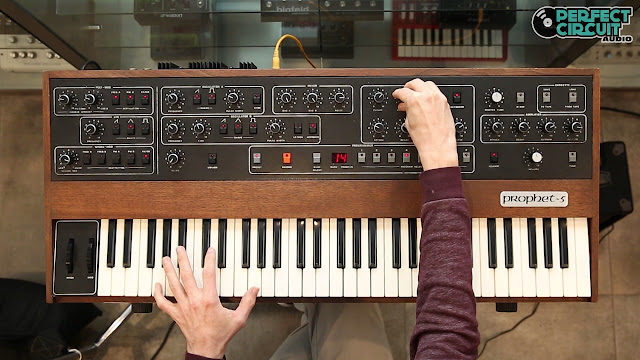 Posted by SIMON REYNOLDS at 10:00 AM No comments:

A 2011 mix by Soulwax that applies the New Beat trick - slowing house tracks down to make them sexy-eerie - to the faster Belgcore sound that came after New Beat.

The footage of dancing Lowlands ravers (often shirtless) from back in the day (I presume?) really makes the mix - bringing out the funklessness of the movements  that was partially covered over by their sheer hyper-kinesis at the correct speed.  No diss intended: Eurorave reactivated folk-dance traditions deep-buried and dormant in the youth population of Northern Europe, a kind of kinaesthetic  race memory. Which is why jumpstyle for instance reminds me of jigging around the Maypole and Irish step dancing (all the action below the knee - kicky moves for kick-drummy music)

"Even though these Belgian records sound very "now", they are actually 20 years old and were meant to be played at a much, much faster speed. At the time this was the devil's music for us, but we have learned to listen through the claps and distorted kicks and discovered that if you slow these really dark and heavy techno records down all the way to about 115 bpm, it suddenly makes them sound less frantic,ballsier and a lot sexier.Belgium at its best when pitched down.

"The devil's music for us" -  Belgian hardcore really did strike fear and terror! Yyou had otherwise sensible people, who'd loved acid house, likening it to fascism... Older worn-out ravers couldn't decide if the vibe was Castle Donington or the Nuremberg Rally soundtracked by a lobotomized Carl Orff!

Posted by SIMON REYNOLDS at 2:34 PM No comments:

the new heavy me(n)tal (When Belgium Roiled the World) 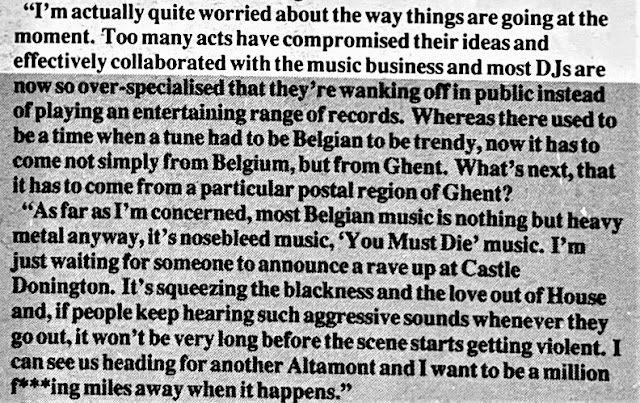 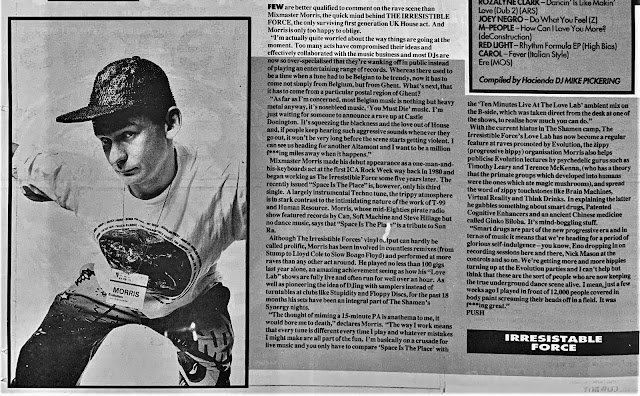 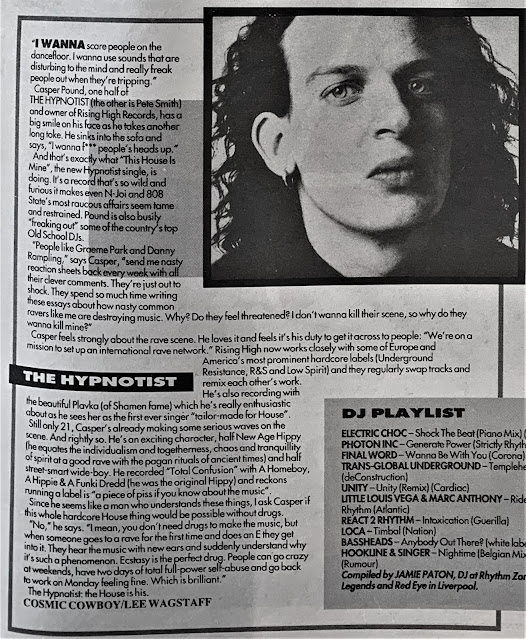 Caspar's like, "Altamont? Bring it on, bring it on!" 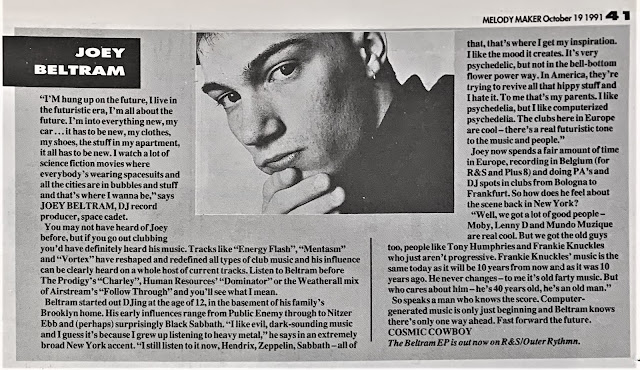 When I interviewed Beltram in early '92, he claimed he was in the running to produce the next Metallica album!