Hey look, a recent-ish tune by The Mover, or recently released anyway - a free download in 2009

In all honesty I don't know why Marc Acardipane isn't as revered as Jeff Mills, or Drexciya, or Juan Atkins

(Mind you, I think that about a lot of people - like Nebula II, for instance - and others who will be popping up in this Hardcore Heroes series, a potentially interminable series)

(Odd thing about The Mover - in addition to his scores and scores of aliases - Acardipane itself is not his real name. That's Marc Trauner.  So why go with Acardipane? What does it mean? It doesn't appear to have dictionary meaning as a word, in English or German. But equally I can't find any other examples of it as a surname. Is it a completely made-up word? It sounds like it should mean something - the name of a fabric, or a Medieval craft of some kind, or something culinary - perhaps that's the echo of marzipan suggesting that to me. At any rate, just another layer of mystery in the Mover mystique!) 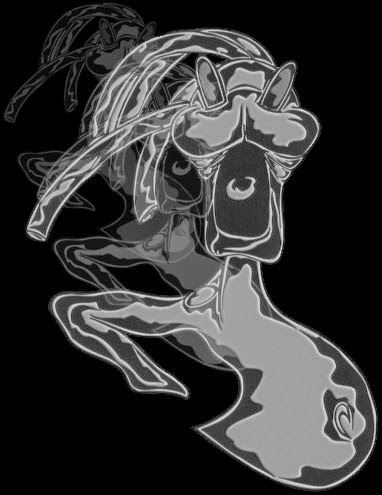 But going back to the "why not more widely revered" question....

I mean to say:

Acardipane ticks all the boxes for a Techno Auteur Treatment

Which is why I did one, here, some 17 years ago

But right now I'm not going to post any obvious classic Mover-and-aliases tunes  - like "Apocalypse Never" or "We Have Arrived" or "Nighflight (Nonstop to Kaos)" or "Symphonies of Steel" or "Slaves To the Rave" or ... They're all listed in the piece linked.

No, here I'm going to go with ones I've overlooked, mentally filed away, or missed completely.

There seems to be a whole heap of recent-looking, new-to-me, solid-form Mover releases in the classic 90s vein.

Like this next one - which I think is absolutely terrific. A front-rank Acardipane killachoon.

That riff - like fog come alive, fog on the attack

Trancecore - a bit of a pander to the hardstyle massive, maybe. Gotta love that Coltrane-twisting title though.

Back to the classic era, the latter phase of which ("Jupiter Pulse" etc) when it gets "ambient gabba"-like.

Another oldie but goodie:


Atmospheric this one, perhaps erring somewhat in that direction even:

Never so keen on the ones where he wheels out the 303, although the quality control is steady.


Probably own this but don't remember it....


Fuck me, how did I miss this one? Flipside of "We Have Arrived" - mad tune, "Reflections of 2017", from 1990. Reflections of 2017, according to Discogs, is actually the name of the EP (but a two track EP). So this is it - the start of the whole "see you in 2017" chiliastic Mover mythos! The singularity that pulls him forward into the phuture like a tractor beam!


A stealthy pummel, a  morose (art of) stalker - and a good groaner of a title:


KNEEL before the majesty!


Respect, finally, from the techgnoscenti - an album for Tresor, in 2003 if i recall. A little tempered by the context of "seriousness", but excellent. And his way with a title abides...


I could go on and on, posting tunes... he's made hundreds.


What's this? A tribute to the Mover? Well deserved. Couldn't say if it's well executed  (not had a chance to listen yet) but it's the thought that counts, eh? 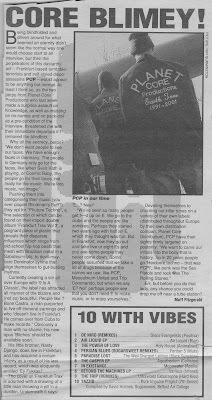