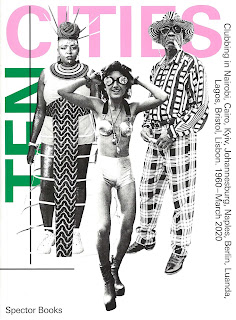 In Africa as well as in Europe, club cultures create free spaces that can function as nocturnal laboratories for societies. Nightclubs are hubs in a complex global network – and at the same time they are manifestations of very local and specific practices. This book tells the story of club music and club cultures from 1960 to the present in ten cities in Africa and Europe: Nairobi, Cairo, Kyiv, Johannesburg, Berlin,Naples, Luanda, Lagos, Bristol, Lisbon. It expands the focus beyond the usual North Atlantic narrative of centres and periphery and instead aims at a coeval narrative. In 21 essays, playlists and photo sequences the book draws intimate portraits of these cities’ subcultures, their transnational flows, as well as the societies from which they evolve and which they, in turn, influence. An urban and political rhythm-analysis from the viewpoint of sound and night. 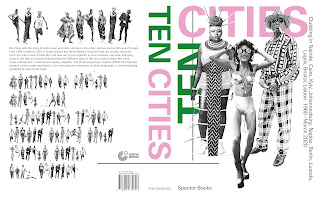 An earlier blogpost of mine about Ten Cities and "xenotronica".

Posted by SIMON REYNOLDS at 5:21 PM