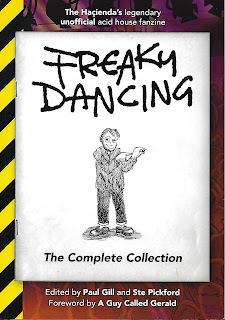 Well now - here's a really cool thing that I've been meaning to do a post about for a while: The Quietus's new publishing arm, TQLC, has pulled together as a single volume every issue of the ravezine Freaky Dancing, which as the Happy Mondays-derived title suggests was the unofficial house organ of the Haçienda.  You can get it here. 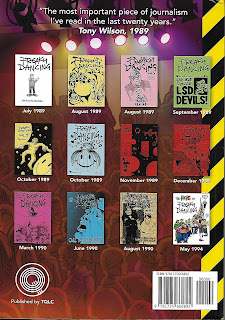 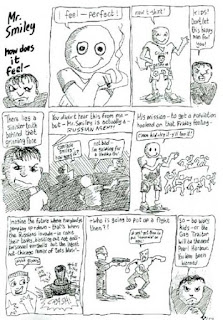 Starting July 1989, the duo gave it away free to punters queuing outside the Haçienda on a Friday. 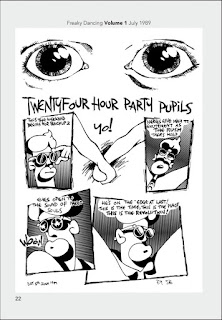 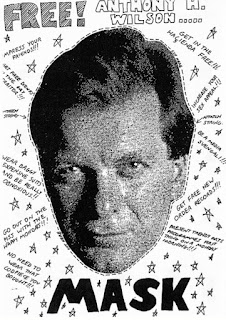 The eleventh issue came out in August 1990, by which point the Haçienda scene was souring in a miasma of drug excess and paranoia, gangs and guns. Which brought the hostile attention of the authorities - such as "God's Cop" James Anderton, the chief constable of Greater Manchester -  and ultimately led to the club's demise. 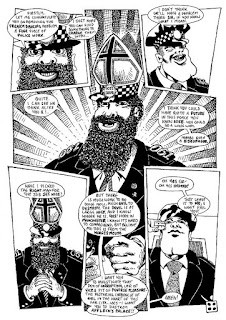 There was one final issue, in May 1994, when the Haçienda had a re-opening night, but that consisted of reprinted highlights from the original run of issues. 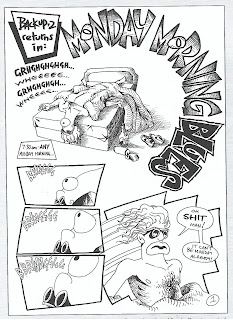 
Freaky Dancing: The Complete Collection is a marvelous document of a cultural moment happening in real-time - hats off to The Quietus for putting it out and Ste & Paul for doing it in the first place.

Oh and A Guy Called Gerald wrote the foreword.

I was about to say that one of my great regrets is never making it to the Haçienda.

But in fact, I did go to the Haçienda - just a bit too early!

In the summer of 1987, I went up to Manchester to visit a Monitor comrade who'd moved there. That night, we went to see Big Black, then doing their last tour ever, play in a small club. Afterwards, my friend suggested going on to the Haçienda. I think Dave Haslam was one of the deejays, but this was before the whole house thing kicked off - possibly just before it all kicked off. So the soundtrack was a mixture of indie-dance and assorted vaguely clubby music. It was an impressively large, yawningly cavernous kind of space; the crowd was lively; it was pretty full. But after the intensity of Big Black, it didn't really compete and so we didn't stick around long.

So I never X-perienced the The Haç at its height - or Thunderdome or Konspiracy or any of those clubs.

I really don't know why I didn't just hop on a train in those days, jaunt around the country, visiting various rave temples.


I was, however, a fan of Happy Mondays before they went full-tilt house-rave (and declined, musically, in my opinion).  As were many of us at Melody Maker - in fact we put them on the front cover in May 1987, ahead of everyone, and indeed prematurely -  at least in terms of them becoming a cultural phenomenon, which never seemed remotely likely at that point. 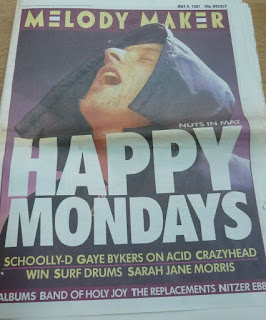 Posted by SIMON REYNOLDS at 7:54 AM